Covid lateral flow tests only pick up HALF of infections, researchers warn 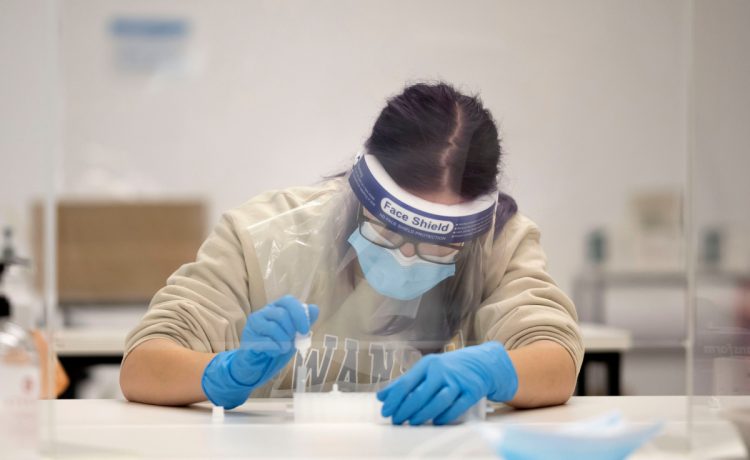 RAPID coronavirus lateral flow tests pick up just half of all infections, researchers have warned.

The 30-minute tests fail to catch people with low levels of the virus, a new pilot found.

The study of 3,199 people using the Innova test was carried out by the University of Liverpool, the Financial Times reports.

It comes as the government plans to roll out millions of the tests as part of its mass testing programme.

More than one million rapid Lateral Flow Tests were sent to 385 of Britain’s biggest care homes in the first phase of the national roll out to allow visiting by Christmas.

But four major care home chains and nine councils have refused to use the rapid tests for visitors over fears about their accuracy, The Daily Mail reports.

The government had promised that millions of the ‘lateral flow tests’ would be dispatched to care homes by the end of next week.

A council spokesman said: “Although lateral flow testing is considered safe as an extra measure to protect staff as it relies on repeat testing, it was felt that it may not be safe enough to use on visitors to high-risk settings like care homes who may not have had repeat tests.”

READ  Mothers who are obese while pregnant have children with heart problems, study in mice says

Last month, the government was forced to defend its mass testing pilot scheme in Liverpool.

Concerns were raised about the effects of rapid testing in in the region, which was rolled out on November 6.

‘HALF OF CASES MISSED’

Liverpool was moved from Tier 3 to Tier 2 three weeks after the scheme was launched.

Boris Johnson, and Health Secretary Matt Hancock both claimed it was down to the success of the scheme.

But a study found the lateral flow tests were reported to have missed half of all cases and a third of those with a high viral load who were likely to be the most infectious.

Deeks is particularly concerned about the sensitivity of the Innova lateral flow test, which can be as low as 58% when used by the public, meaning that as many as half of cases will be missed.3 “Statements that these cases do not matter as they will not be infectious are not based on evidence. Infectious cases will be missed, and we need to know how many,” he said.

William Irving, professor of virology at Nottingham University, said the Government mass testing plans were were “frankly ridiculous, like rolling out all these tests without proper validation”.

Can I have the Covid vaccine if I’m allergic to penicillin?

He added: “We’re doing all of this testing on asymptomatic people and there’s no evidence that it’s changing anything.”

A Department of Health spokesman said: “With up to a third of individuals with Covid-19 not displaying symptoms, broadening testing to identify those showing no symptoms and who can infect people unknowingly will mean finding positive cases more quickly and break chains of transmission.

“The country’s leading scientists have rigorously evaluated the Optigene LAMP test and Lateral Flow Test and confirmed the accuracy of the tests for asymptomatic testing.”