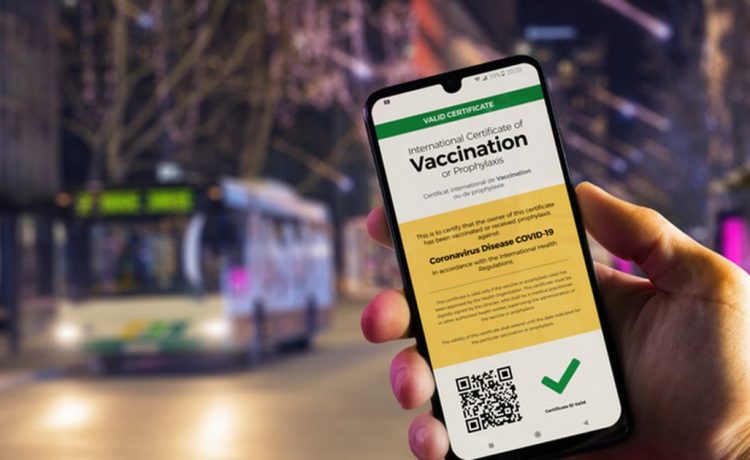 Government ‘Covid certificate’ trials will be a “learning experience” for the return of mass events, a minister has said.

It’s hoped the trials will help the government understand how to “manage and mitigate” the risks of coronavirus transmission.

“It is not just about certification. The earlier pilots almost certainly won’t involve any elements of certification but it will involving testing, making sure that people are tested before and after the events,” he said.

“What we will be looking at is the mitigation measures. So ventilation, one-way systems, hygiene measures, all of those kind of things to help inform long-term decision-making.”

Boris Johnson is set to announce on Monday nine venues which will be used for a month-long trial including an FA Cup semi-final and final at Wembley.

The Prime Minister will confirm precisely what regulations will be put in place to allow people to attend sporting events, nightclubs and theatres as part of the Easter Monday announcement.

Scientists will be at the venues monitoring everything from ventilation to people’s behaviour and each event will be used to test different elements.

Ministers believe the scheme will be most useful in managing the risks where the are large numbers of people in close proximity such as music festivals, sporting matches and nightclubs.

READ  Why Robert Mueller’s testimony was so disappointing

Settings where certification will not be required include essential shops and public transport.

It will also not apply to businesses which are set to reopen over the coming weeks such as pubs, restaurants and non-essential retail.

Officials are working with clinical and ethical experts to ensure there are “appropriate exemptions” for people who are advised to the vaccine and for whom repeat testing would be difficult.

The first trial is due to take place on April 16 at the Hot Water Comedy Club in Liverpool, to be followed two days later by the FA Cup semi-final at Wembley.

Other events where the scheme is to be tested include the World Snooker Championship at the Crucible Theatre in Sheffield – running from from April 17 to May 3 – and a mass participation run at Hatfield House on April 24 and 25.

The pilots will culminate with the FA Cup Final, again at Wembley, on May 15.

But writing in the Telegraph, Michael Gove, who is leading the review of issues surrounding vaccine passports, said any wide launch of the scheme was unlikely to happen until later in the year.