Courtney Stodden appears to reference Chrissy Teigen apology as they thank Jason Biggs for message: ‘This is what a personal apology looks like’ 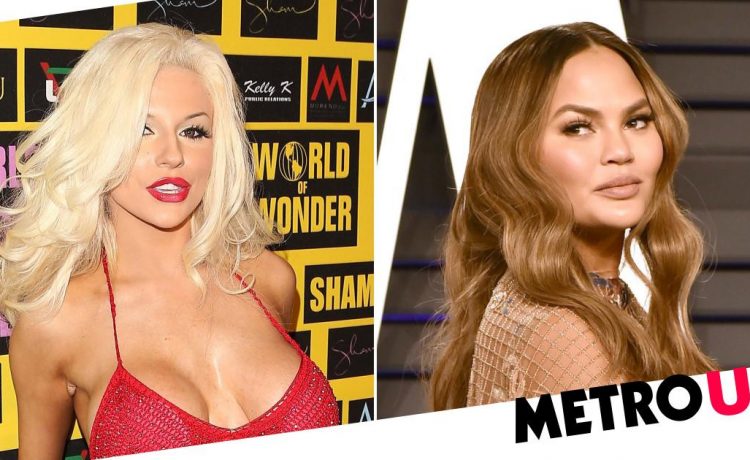 Courtney Stodden has appeared to take a swipe at Chrissy Teigen while thanking Jason Biggs for his apology.

In a post shared to their Instagram on Thursday, the reality star, 26, shared a message that was sent to them by Hollywood actor Biggs, 43, in which he expressed remorse for ‘joking at their expense’ in the past.

‘This is what a personal apology looks like,’ Courtney wrote in the caption, which appeared to take aim at Chrissy for her own apology after she previously told them to ‘kill yourself’ in a Twitter DM.

American Pie star Jason wrote: ‘Hi Courtney – I wanted to drop you a note to say that I’m sorry for any tweet that I made in the past that may have hurt your feelings…

‘They were meant to be jokes – but they were at your expense, and knowing how you feel, that makes them not funny at all…’

Jason added: ‘I am trying my best these days to live a clean and sober life, one in which I make good and healthy decisions – and that means taking accountability for the bad decisions I’ve made in the past.’

He concluded by saying: ‘I wish you nothing but the best and happiness and success always. XO Jason.’

Following the apparent swipe at Chrissy in the caption, the blonde continued in the caption: ‘Everyone makes mistakes, but not everyone takes real accountability.

‘Jason, I felt this. I wish you love and immense success to you and your family @biggsjason.’

Courtney, who recently came out as non-binary, hit headlines a decade ago when at the age of 16, they married The Green Mile star Doug Hutchison, who was 50 years old at the time.

Their marriage in 2011 made Courtney a target for abuse and mockery, and they recently called out Chrissy for trolling them on social media.

In an interview with The Daily Beast, Courtney alleged that Chrissy would DM them vile messages in addition to tweeting posts like ‘I hate you’ at the teenager.

In May, Chrissy issued a public apology to Courtney for her past trolling tweets.

She said that she was an ‘insecure, attention-seeking troll’ and was ‘ashamed and completely embarrassed at her behaviour’.

Chrissy added: ‘I have tried to connect with Courtney privately, but since I publicly fueled all this, I want to also publicly apologize. I’m so sorry, Courtney. I hope you can heal now knowing how deeply sorry I am.’

They wrote: ‘I accept her apology and forgive her. But the truth remains the same, I have never heard from her or her camp in private.

‘In fact, she blocked me on Twitter. All of me wants to believe this is a sincere apology, but it feels like a public attempt to save her partnerships with Target and other brands who are realizing her “wokeness” is a broken record.’

The Sports Illustrated model has since revealed how she is ‘sick’ of being in the ‘cancel club’ amid the bullying scandal.