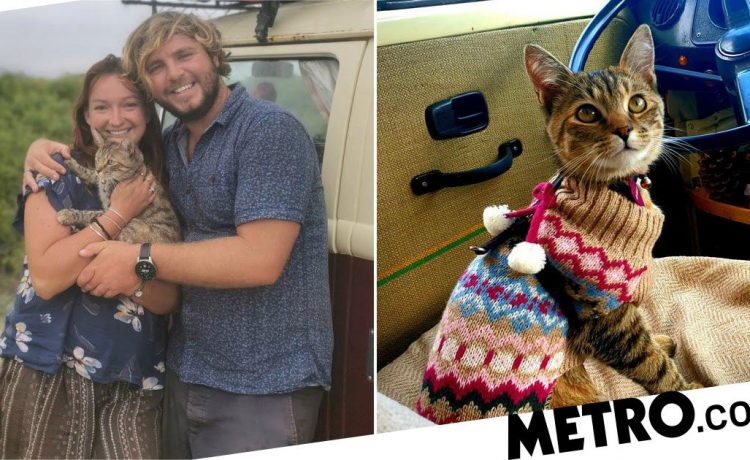 A British couple who refused to leave Mexico without their injured rescue cat are still travelling with their feline companion – more than a year later.

Lee Hodges, 33, and his partner, Willow Rolfe, 29, even missed spending Christmas at home because they can’t bear to abandon their beloved cat.

The pair originally set off for America in August, 2019, and decided to acquire an extra travel companion in the form of an adorable stray cat.

They rescued moggy Aimee two months into their trip and developed such a special bond they say she now feels like a member of the family.

But when they arrived in Mexico, their trip took a bad turn as Aimee was attacked by a pack of dogs and left with a broken leg.

The pair knew they could never abandon her in that state, so they stayed with her while she recovered before they got back on the road as a trio.

Very early on, the pair trained Aimee to walk on a lead and the adventurous puss has since joined them in many walks – the highlight being a walk around Monument Valley.

‘We have had many strange looks for people when we are out walking her on a public trail,’ says Lee.

But now the couple are facing further delays in getting their beloved kitty back to the UK as their VW campervan broke down on the way back to their ferry port.

In order to return to the UK with Aimee, they now have to fix their van and drive back to America to make their ferry journey.

‘Our replacement engine finally came and we were able to finally catch the ferry over to mainland Mexico,’ says Lee.

But, just over two weeks ago, our second-hand engine also developed serious problems. We have been broken down awaiting parts.

‘As for returning to England, our humanitarian visa runs out at the start of February. Ideally we would like to see it out in the hope that the US border opens, but they just announced that it will remain closed until 21st January.

‘To get to the freight port in Mexico, we’d have to drive through some pretty dangerous cartel states and we’ve heard the port is quite dodgy, so ideally we’d like to ship from the US.

‘We will see what happens once we get our VW back on the road.’

The loved up couple rescued Aimee in Washington DC, and spent the rest of their trip tending to their new pet.

When the pandemic began to spread, Lee and Willow wanted to return home but they couldn’t bare to leave their cat behind, so they decided to stay.

‘We had been planning our trip for years,’ says Lee.

‘We bought a beat-up VW in 2015 and Willow spent the next two years restoring it at the mechanical college she taught as a motor vehicle lecturer.

‘We then quit our jobs and rented out our home, to embark on a once-in-a-lifetime road trip around North America.

‘We rescued Aimee near Washington DC around mid-October last year. We left two cats behind when we started our journey and we decided we wanted to rescue a cat.

‘We initially rescued a small black stray who we called Molly, but it was clear that Molly was very young and also sick. Sadly, she passed away after only a couple of days.

‘We rescued Aimee shortly after and she has been with us ever since.

‘She’s better travelled than most people.’

Do you have an animal story to share? We want to hear from you.


MORE : Kitten given up because he was ‘too playful’ finds a loving home in time for Christmas 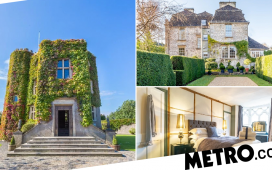 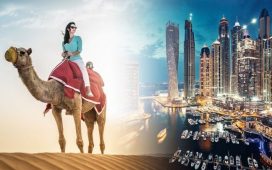 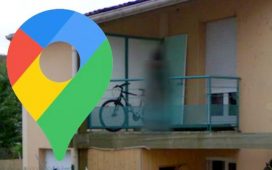 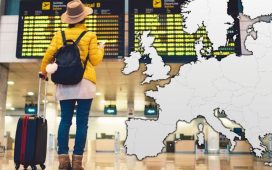 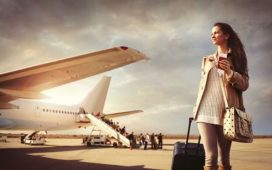 Can I travel abroad during lockdown? Can I still go on holiday?