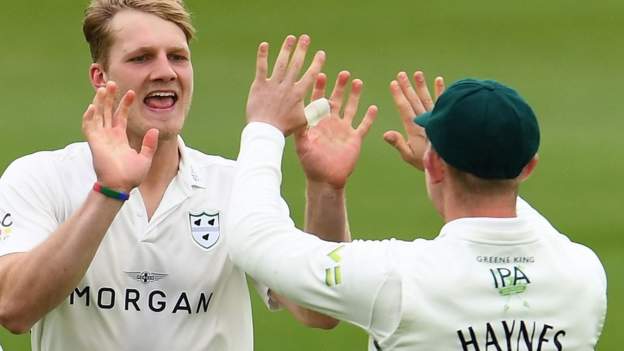 Worcestershire completed their first County Championship win of the summer by beating Derbyshire by an innings and 23 runs on the fourth morning.

Resuming on 112-6, the visitors needed another 39 runs just to make the Pears bat again – but lost their last four wickets for only 16.

Dustin Melton was the last man out as Derbyshire’s winless start continued.

They have now drawn three and lost four of their opening seven matches in Group One, while victory for Worcestershire was their first of the season at the eighth attempt.

Pennington, playing in his 20th first-class match, returned career-best figures for the second time in the game – his five-wicket haul in the second innings coming after taking 4-44 in the first.

READ  Coming up behind Federer and Hingis was tough, but I’m ready for it now
Share on FacebookShare on TwitterShare on PinterestShare on Reddit
newsgrooveMay 30, 2021