NewsGroove Uk
NewsGroove Uk > Animal > Country diary: I think it’s an earthquake – but it’s not coming from below
Animal


I’ve collected four boys from school today – my son and three playmates. Intending to eke out an afternoon of delicious sunshine, I drive us and the dog to the high point of Slingsby Bank, where there are woods and long views of the North York Moors.

Boys and dog high-tail ahead of me, jostling and scuffling fiery-hued leaf litter. They reach the edge of the wood when the day funnels abruptly to a tightly focused here and now.

Something is happening. Four pairs of wide eyes turn to me. Four mouths making the same small O: the shape of a word none of us has the bandwidth to speak: what?

I’ve experienced two earthquakes before, both at night. The first passed in groggy puzzlement, the second jolted body and mind into overdrive.

Is that what this is? There’s a long rumble. My insides ripple, like a lake when a pebble drops through. But my feet disagree. I’m wearing barefoot boots with soles so bendy I’m aware of mud squidging against my arches. I should be feeling this tremor the way an elephant senses infrasound. But whatever these vibrations might be, they’re not coming from the ground.

The dog bolts, making directly for the safety of the car, and so we abandon our walk and follow. The boys are all talking at once. I post a question to Twitter and replies come fast – the shockwave has been felt across the moors and the British Geological Survey is looking into it. Tomorrow we’ll learn that a Swiss Air Force jet on routine training has broken the sound barrier over the North Sea and by some atmospheric quirk the resulting boom travelled further than normal.

A mundane explanation really, but for now, with only the evidence of our senses to go on, it seems we’re experiencing a drawn-out version of the alertness you get when falling. We head home through a supersaturated pink and blue sunset, and even as they discuss earthquake versus sonic boom theories, the boys notice the fallen beech leaves glowing like hot coals. I encourage their chatter, because it is the most normal sound in a world still thrumming with uneasy novelty.

Before horses, ass hybrids were bred for warfare 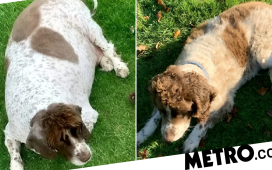 Meet a colorful but colorblind spider 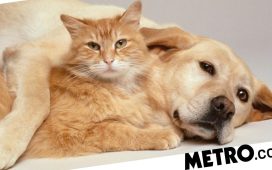 These are the most popular dog and cat names from 2021

Country diary: Gently, quietly, these cows are doing vital work in the forest