It may sound strange, but recently I’ve developed a love affair with ants. But then why wouldn’t I: they are, along with ourselves, the most successful, most abundant organisms on the planet. In terms of biomass, humans and ants are roughly equal, and there are thought to be 1 million billion ants on Earth.

My highlights have included watching their ranching operations during May. Ants tend aphids, which produce a sugary fluid called honeydew that the ants milk from their insect “livestock” and feed to their sisters. They also harvest the aphids as protein, much as we butcher cattle. The difference is that ants have been running their agricultural economies for 50 million years.

This month they triggered another highlight: the arrival of our garden’s first green woodpecker. It landed dramatically in front of my office, head jabbed skywards, neck flexed awkwardly, legs wide apart as if braced against a tree trunk – as if the Earth itself were vertical and the bird must hold grimly to the ground against the effects of gravity. In the white-gold eyes was a look of fierce anxiety.

Everything about this magnificent creature – the stiletto beak, the slash of crimson on her crown, even the velociraptor’s eyes – was made from ants. For green woodpeckers (Picus viridis) feed almost exclusively on the Formicidae family, and our resident black ant colony had suddenly erupted on the lawn as winged and sexually active males and females – alates – poured out of the nests in their thousands.

The woodpecker slashed the ground with her pickaxe bill, digging at one spot, angling the beak sideways to widen her ant-mine. All this preparatory excavation was a matter of seconds. Then the head pressed down, the beak jabbed deep, so that the sticky tongue could go to work.

This prehensile lasso, which wraps around the bird’s skull when retracted, can extend beyond the beak for 10cm, almost a third of its body length. It was odd to think of the organ testing the inner chambers of the nest. I watched the bird, ants crawling across its back, as the long beak came out of the earth, smeared in soil. Then the woodpecker’s gaze stabbed my office and caught my shadow. And the bird bounded off, yaffling. 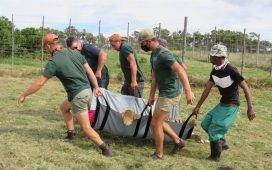 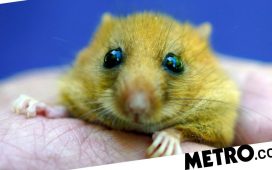 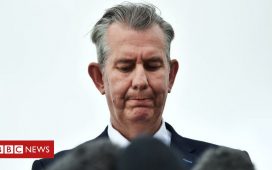