For years, when it comes to American football video games, there were two main choices. You had Madden and then NCAA. We’re sure you know the difference but Madden featured professional NFL football teams while NCAA catered to the college level. After years of new installments being pumped into the market, EA killed off its NCAA series after some legal disputes. Now it looks like there could be a chance NCAA may make another return to the video game realm.

If you don’t recall the reasoning behind EA stopping the NCAA video game installments, it was quite the legal battle. A few years ago, EA started to get hit with legal battles against players who were used in the video games. These players, who were students at the various universities, were not only featured with their names and likeness but the various stats associated at the time for the particular team. As a result, players started to chime in wanting a profit for their likeness and it resulted in EA scrapping the entire series.

Jason Gay, a member of the WSJ announced on Twitter that he spoke to the EA CEO Andrew Wilson recently and alerted Jason that EA would love to make a return to the NCAA but there is still the need to find a solution in which players are compensated for their likeness. After all, they already went through a legal battle from the last several video game installments. Perhaps there may be a solution that would allow EA to make a return to the series in time for the next-generation of consoles.

Patrick Beverley Has No Off Switch, Even (Especially?) in Video Games – The Ringer

No need for social distancing; Three video games to keep you connected during shelter-in-place – The Oak Leaf

People are turning to video games in isolation – here’s why – NewsChannel5.com 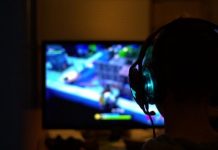