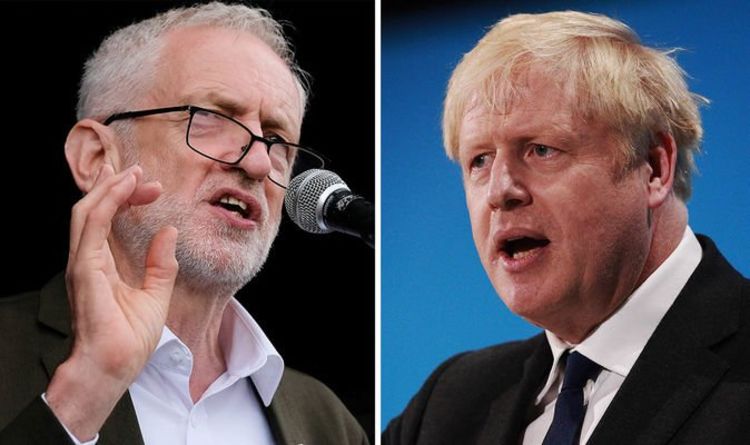 On Tuesday, July 23, the winner of the Tory leadership race will be announced. While Jeremy Hunt has presented a tough competitor, it seems Boris Johnson is undefeatable in this contest. And it seems he might use this surge in popularity to put an end to Labour’s Jeremy Corbyn.

Mr Johnson has said he “absolutely” rules out a snap election once he becomes Prime Minister, saying he believes “the people of this country are utterly fed up with politicians coming back to them offering referendums or elections.”

But some of those within his inner circle have said that, while currently, the focus is on winning the leadership, there is an appetite for an election – particularly while Jeremy Corbyn is Labour leader.

A senior member of Mr Johnson’s team told The Times: “There’s a desire to get this done while Corbyn is still around.

“Labour is utterly divided — Brexit is killing them. Labour is in no fit state to fight a general election.”

Another said: “Jeremy Corbyn being opposition leader is a positive for us.

“It means we don’t have to spend time doing the groundwork we’ve already done on him on his successor.”

According to the polls, the Conservatives and Mr Johnson himself are leading in popularity.

The latest YouGov poll of 1,749 British adults on Westminster voting intention, conducted between July 16 and 17, sees the Conservatives on 25 percent of the vote, with Labour on 21 percent.

The same pollsters put Mr Johnson in first place for popularity, with Mr Corbyn in third.

READ  Question Time Leaders’ Special – what time is it on BBC One tonight and who’s hosting?

A major defeat for Labour in a snap election would likely lead to the semis of the embattled Labour leader.

There are already growing calls from within the party to hold a vote of no-confidence over the snowballing antisemitism row.

Earlier this week more than 60 Labour peers took out an advertisement in the Guardian accusing Corbyn of having “failed the test of leadership” over his handling of antisemitism complaints within the party.

Peers told the BBC it was time to “rebuild confidence” in Labour’s processes after “heartbreaking” responses to the antisemitism allegations.

Over 200 current and former staff also wrote to Mr Corbyn to say the party had treated whistleblowers in an “appalling and hypocritical” way.

They said the “moral responsibility” for the anti-Semitism crisis lay with Mr Corbyn.

The latest move follows the decision by Corbyn’s office to sack Dianne Hayter as a Brexit minister in the Lords after she accused Corbyn of having a “bunker mentality” which she compared to the final days of Hitler.