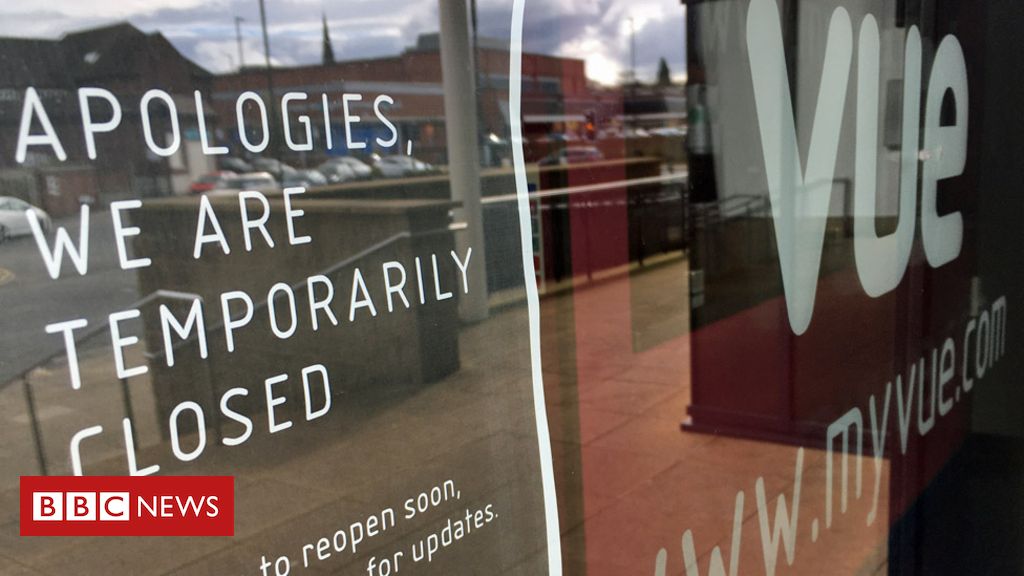 Cinema chains Odeon, Cineworld, Vue and Picturehouse are shutting all their UK screens amid the coronavirus pandemic.

Cinema UK, which represents the industry, said “most UK cinema sites” would close in the coming days following the government advice.

Theatres in London’s West End and around the UK have already closed, and many concerts have been called off.

Odeon has more than 120 cinemas in the UK and Ireland, while Vue has 91, Cineworld has 100, and also runs 24 Picturehouse sites. The BFI’s Southbank complex has also been shut.

Even before the announcements, many film fans were staying away from cinemas, with UK and Ireland box office takings down 50% between Friday and Sunday compared with the previous weekend, according to Screen Daily.

On top of that, cinemas that remain open might not have much to show. Many of the biggest new releases of the coming months, such as James Bond’s No Time To Die and the new Fast and Furious film F9, have been put back in the schedules.

With more people staying at home, some film studios have decided to bring forward the home streaming releases of their latest releases.

On Monday, Universal Pictures said it would start making its movies available on home entertainment on the same day as the films’ global theatrical releases, starting with the family animation Trolls World Tour next month.

The company will also make films that are currently in cinemas available on demand, starting as early as this week. This would include such titles as The Invisible Man and Emma.

The Invisible Man director and writer Leigh Whannell posted a message confirming the news on Twitter.

The Prime Minister was heavily criticised by the entertainment and nightlife industries on Monday, for advising people to stay away from theatres and cinemas while not forcing venues to close, which could have given them financial protection.

Some independent venues, such as the Lonsdale Alhambra in Penrith, Cumbria, have decided to stay open for now.

Cinema UK said: “The priority now is to ensure that thousands working in the sector are helped during an exceptionally challenging period for them, and that UK cinema venues are supported during what, for many, represents an unprecedented challenge to their existence.”

An Odeon spokesperson said: “In line with the latest government guidance on Covid-19, we are temporarily closing our cinemas.

“We will continue to monitor the situation and look forward to welcoming back guests as soon possible.”

Cineworld Group chief executive Mooky Greidinger said: “At Cineworld and Picturehouse we are committed to providing safe and healthy environments for our employees and guests and have therefore made the difficult decision to close our cinemas in UK and Ireland until further notice.

“We deeply value our cinema-loving customers and have no doubt we will be serving everyone again as soon as possible with a full slate of Hollywood blockbusters and the best of independent films and content.”

READ  The Crown series four: Emma Corrin transforms into a young Princess Diana for pre-engagement scenes
Share on FacebookShare on TwitterShare on PinterestShare on Reddit
newsgrooveMarch 17, 2020