Four adults and a child were diagnosed with the virus in eastern France, including a British national who recently returned from Singapore.

The French health minister said they had been staying in the same ski chalet in the Haute-Savoie region in the Alps.

A total of 11 Britons staying at the chalet have been hospitalised in Lyon, Saint-Etienne and Grenoble.

Health Minister Agnès Buzyn said on Saturday that none of the group is in a serious condition.

The new cases all stem from a British national who arrived in Contamines-Montjoie ski resort on 24 January following a trip to Singapore.

It is believed the Briton infected three other British adults and a child.

Six others – all British – who came into contact with the group but have not tested positive are being kept in hospital for observation.

It comes as four members of the same British family were admitted to hospital in Majorca after contact with a coronavirus carrier.

They are being tested at the University Hospital of Son Espases in Palma.

The British family said they had been in contact with a person who recently tested positive for the virus in France, the government in Spain’s Balearic Islands said.

The man has been quarantined and all four family members are being tested for the virus.

A British man transferred from a cruise ship off the coast of Japan on Friday after testing positive for the virus is said to be feeling well and in good spirits.

Alan Steele, from Wolverhampton, on his honeymoon with his wife Wendy, was among 61 people to be taken off the ship for hospital treatment.

Meanwhile, around 150 Britons on the next UK government flight back from Wuhan will be taken to a conference centre in Milton Keynes for a 14-day quarantine.

Milton Keynes University Hospitals NHS Trust said there was no risk to local people as anyone showing symptoms would not be allowed to board the plane.

The Department of Health and Social Care said that 620 people in the UK have been tested for coronavirus as of Friday afternoon, with three cases confirmed.

The third patient caught the virus at a business conference in Singapore, the BBC’s Hugh Pym says.

He is thought to have tested positive for the virus in Brighton and called NHS 111 from home for advice before going by arrangement to an isolation facility at the Royal Sussex County Hospital.

The two other UK cases – both Chinese nationals – are being treated at the Royal Victoria Infirmary infectious diseases centre in Newcastle.

In mainland China, the death toll rose to 722 on Saturday, while the number of confirmed cases stands at 34, 546.

Outside China, 270 cases have been confirmed in 25 countries, according to the World Health Organization (WHO), with two fatalities – one in Hong Kong and another in the Philippines.

Are you in Contamines-Montjoie? Share your experiences by emailing haveyoursay@bbc.co.uk.

Coronavirus UK updates: Five Brits including one child confirmed to be infected in France

Type 2 diabetes symptoms: Sign in your fingernails that could signal the chronic condition 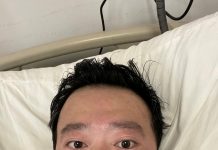 eart attack symptoms: The subtle signs of the deadly condition you need to look out for

Death toll from new coronavirus set to surpass SARS, as China's fatalities above 700

What is the science behind The Goop Lab's claims?

Sepsis amputation surgeon back at work after losing legs 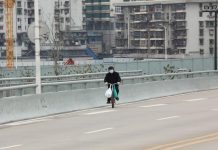