CORONATION Street’s Alexandra Mardell has gushed over boyfriend Joe Parker as they prepare to move in together.

The 26-year-old actress reflected on how they started out as classmates before falling for one another and finding love.

Sharing a selection of loved-up snaps of herself with her beau, Alexandra – who plays Emma Brooker in the ITV soap – wrote: “GSA Grad Ball 2015 – we were just friends, two years later we were a couple, now two years together, he’s moving in!

“So many exciting events and adventures already and still so many more to come!

“@joeparker45 we have such a laugh! Love you massively! So excited for all the laughs, date nights, lazy days, long walks and chicken wings we want!”

She added: “There were too many picis to choose from but here are some of the biggies! Jan 2020!”

Among the pics was a snap of Alexandra and Joe sharing a kiss, the pair dressed in their gladrags for a glitzy red carpet event, and the two wrapped up warm in hats, scarves, and winter jackets as they enjoyed a woodland stroll.

In another image, Joe is kissing Alexandra on the cheek as she dons an eye-catching pair of pink sunglasses at a festival, and the lovebirds can also be seen posing on a sun-drenched beach in their swimwear.

Alexandra first appeared in Corrie in April 2018, with it recently being revealed that her character is Steve McDonald’s child.

knickers in a twist

She previously admitted that she was apprehensive about joining the hit soap at first – with her own mother fearing that she would “ruin” the show.

The beauty said at the time: “She was worried I was going to ruin her favourite show for her.

“But after the first episode she watched it and she was like: ‘Oh actually no, I like it, you haven’t ruined it, you’re good.'” 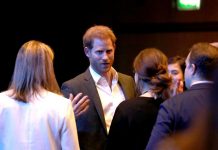