The actor’s spouse took to Twitter to reveal the tragic news, just hours after he revealed he was also battling the deadly disease.

She wrote: ‘881 people lost their lives today, one of those beautiful souls was my grandma!! Heartbroken… #stayathome. Fly High Grandma… We love you.’ 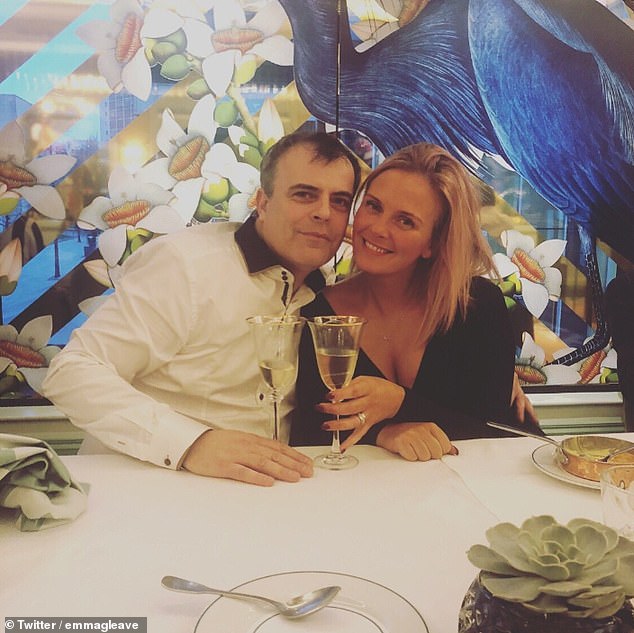 Upsetting: Coronation Street star Simon Gregson’s wife Emma has revealed her grandmother has died of coronavirus, hours after he revealed he was battling the disease

Tragic: Emma took to Twitter to share the sad news that her grandma had passed away as the nation continues to be gripped by the coronavirus pandemic

On Friday Simon also took to Twitter to thanks viewers for their support after he publicly revealed he’d been diagnosed with the virus.

He penned: ‘Thanks twiiterford for all the kind messages feel tonnes better today xx heart goes out to all the people who have suffered so much more. Stay safe.’

A day earlier the star revealed that he was battling coronavirus, and as he continued to recover he urged fans to ‘stay safe.’

He wrote: ‘1st day out of bed today starting to feel a little better after contracting the virus, my main symptom was gastric and still is b****y awful but lucky to not have respiratory. Stay safe everyone x’.

Grateful: On Friday Simon took to Twitter to thank fans for their supportive messages as he continues to battle COVID-19 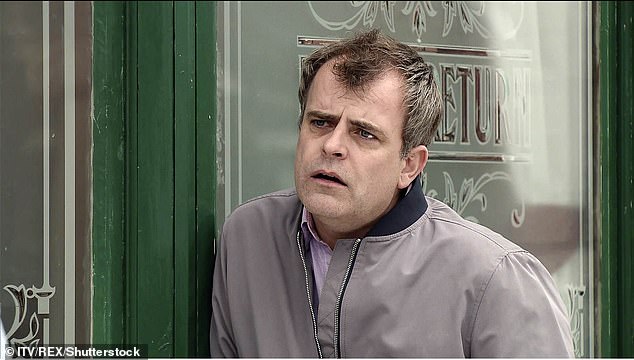 Shock: A day earlier the star revealed that he was battling coronavirus, and as he continued to recover he urged fans to ‘stay safe ‘(pictured on the show in 2018)

The star was inundated with well-wishes from friends and fans after the shock announcement, which comes 17 days after production was halted on Coronation Street, which Simon has starred on for 31 years.

The UK recorded 881 more coronavirus deaths on Thursday, taking Britain’s total to 7,978 as its coronavirus crisis rumbles on and 4,344 more positive tests pushed the number of patients, past and present, to 65,077.

The grim tally is considerably smaller than the devastating 938 announced on Wednesday but still represents the second biggest surge since the epidemic began almost six weeks ago.

Britain has so far managed to avoid the dark milestone of announcing 1,000 deaths in a single day, something that has only happened in the US.

Brave: The Steve McDonald actor announced he had the virus in a tweet on Thursday, where he urged fans to ‘stay safe’ as he begins to recover’ 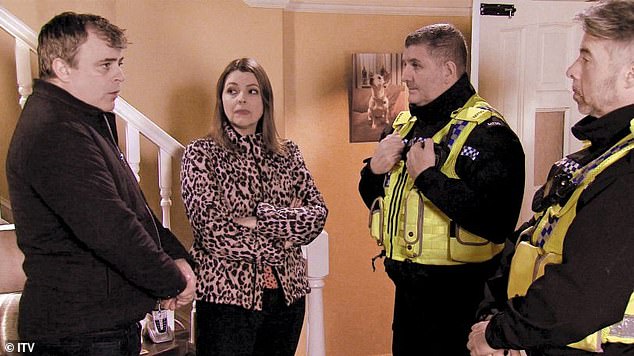 Shut down: The star was inundated with well-wishes from friends and fans after the shock announcement, which comes 17 days after production was halted on Coronation Street, which Simon has starred on for 31 years

Filming was suspended on both Corrie and Emmerdale on March 23 due to the pandemic and subsequent lockdown.

Coronation Street and Emmerdale actors will receive full pay for three months despite production stopping on the soap.

Cast members receive an annual salary, with bonuses for the episodes they appear in. Familiar faces on the soaps are said to earn around £200,000 a year while younger stars can pick up around £100,000 annually.

A Coronation Street spokesman told MailOnline : ‘Coronation Street and Emmerdale have reached an agreement with Equity to provide financial security for regular cast members for the next three months.

‘The specific details of this agreement will remain private as this is a contractual matter.’ 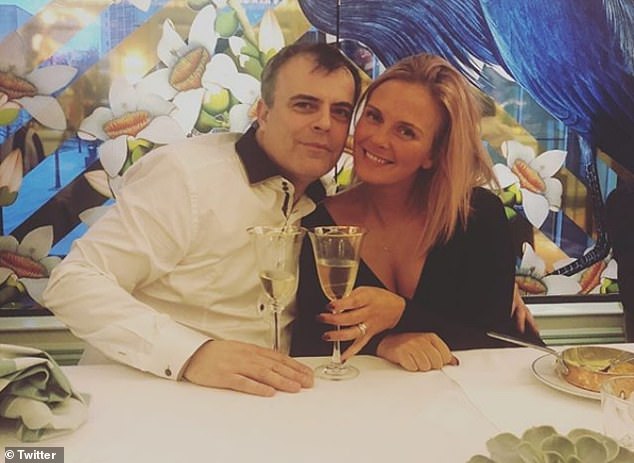 Family: Simon has been married to his wife Emma Gleave for 19 years and the couple are parents to three sons – Alfie, Harry and Teddy

A source added: ‘This is a very fair and consistent deal which treats everyone equally, and is in recognition of the fact we’ll need to hit the ground running once filming safely recommences.’

Equity is the trade union for creative workers and has also secured financial support for actors in dramas such as Holby City, EastEnders, Doctors and Hollyoaks.

Among Corrie’s top earners is veteran Jack P Shepherd, who is thought to earn around £200,000 a year with his role as David Platt, which he has played for 20 years.

Last month Coronation Street and Emmerdale bosses confirmed that the soap’s planned storylines will be affected by their scheduling changes during the coronavirus pandemic.

An ITV spokesperson revealed that episodes that were planned to air around Easter or VE Day in May will inevitably be shown on a different dates, after cutting back on their weekly broadcasts to ration their filmed episodes. 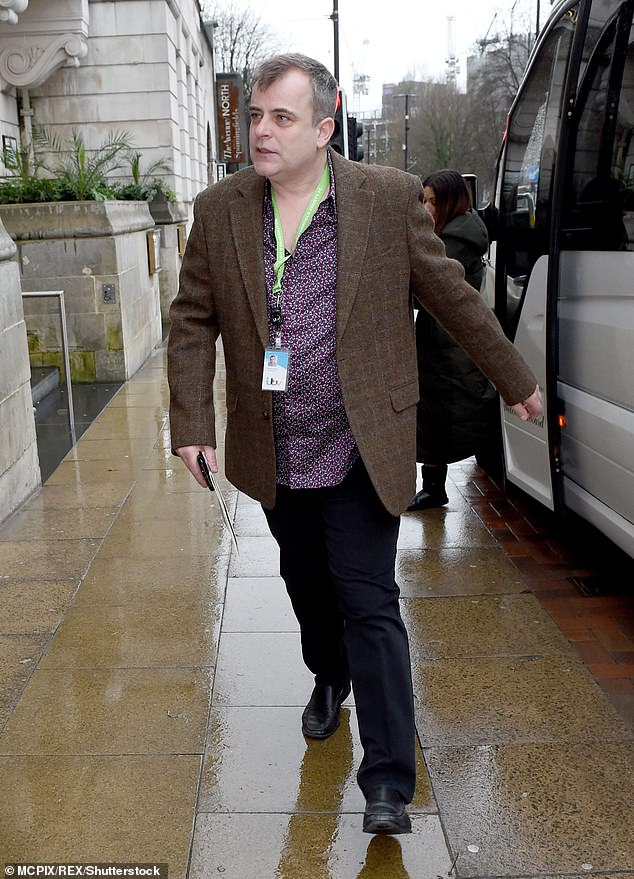 Lockdown: Coronation Street and Emmerdale actors will receive full pay for three months despite production stopping on the soap (pictured filming in January 2020)

In their statement a spokesperson told MailOnline: ‘In the coming weeks some episodes of Coronation Street and Emmerdale will understandably be out of kilter due to the temporary transmission pattern for both programmes which takes effect from Monday 30 March.

‘Episodes due to broadcast at Easter and those commissioned and filmed to commemorate VE Day, for instance, won’t now air on the dates we’d anticipated.

‘We’d hope the audience will understand the reasons for this and continue to enjoy the shows.’

Coronation Street and Emmerdale confirmed that along with reducing their weekly broadcasts, they would also re-write certain storylines to exclude elderly cast members, allowing them the chance to self-isolate at home. 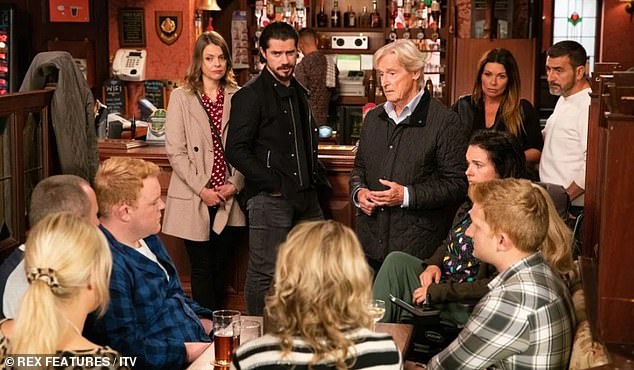 Pay: This comes one day after it was revealed Coronation Street (above) and Emmerdale actors will receive full pay for three months despite production stopping on the soaps due to the coronavirus pandemic 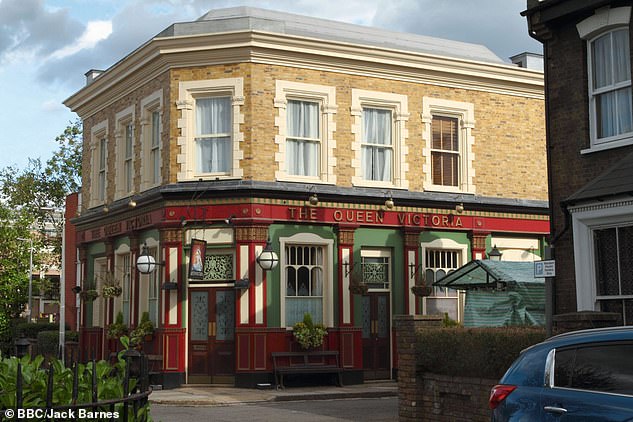 Drama: It comes after BBC announced that they had suspended filming on several flagship shows including EastEnders (pictured), Holby City and Casualty