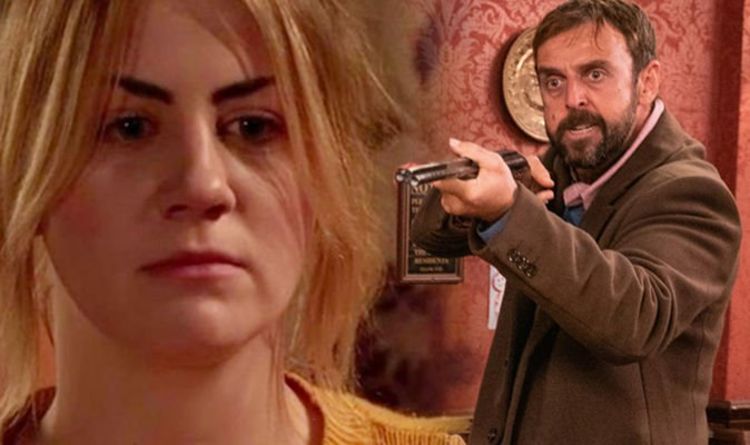 It’s already been revealed troubled Derek Milligan (Craige Els) will get his hands on the weapon and go on the rampage as he tries to take revenge on Gary for ruining his life.

The end of this evening’s trip to Weatherfield showed Hope looking at the opened door of the premises, which had supposedly be broken into by an unknown resident, with the newcomer askign her: “Hope, what are you doign here?” seemingly putting herself as an innocent party.

Earlier in the episode, the youngster and Jade had vanished from the Winter Wonderland where the rest of the family were so, could the nanny have set-up her sibling stumbling across the dealership unlocked?

Viewers know the newcomer is unhinged so, she very well might have swiped the keys for Fiz to open the doors of the building and break open the case where the loan shark had hid the gun.