Coronation Street spoilers: Gary Windass to be tempted back into crime after huge offer? 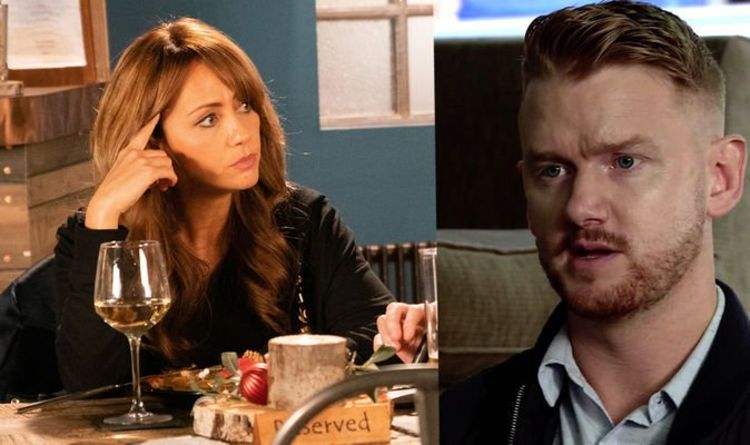 Coronation Street viewers witnessed Gary Windass (played by Mikey North) supposedly giving up his horrific loan shark ways this evening. After his actions caused the horrific shooting at the Rover’s Return on Christmas Day, he decided to turn over a new leaf.

This evening, though, saw him refusing to help one of his old customers.

After locking up the garage, Gary was approached by Ike Rodgers (Julian Walsh), a long-running customer of his.

Ike seemed desperate once again, and instantly told Gary all about his new money woes.

Despite the promising news, Gary refused to entertain his potential business any further.

Gary has had trouble with getting his money back from Ike in the past, but this time he seemed particularly desperate.

During their exchange, Ike even offered Gary double his usual price back, which certainly would have been an appealing offer.

Lately, Gary hasn’t thought twice about venturing down new realms of villainy, but will this offer of a double payday entice him back?

Or will he manage to stay true to Maria and his new baby by keeping on the good side of the law?

Meanwhile, Chesney Brown (Sam Aston) is looking to have a dreadful time in January when he is given a brutal ultimatum from Dev Alahan (Jimmi Harshen).

While struggling to look after his new quadruplets, Chesney and his partner Gemma (Dolly-Rose Campbell) enlist their children in some modelling work.

This allows the new parents to enjoy some time alone, and they eventually fall asleep in the house their children are being photographed in.

However the pair oversleep, and Chesney is forced to run to his main job – Dev’s kebab shop.

Naturally, Dev will be left furious by Chesney’s excuse for being late, and will leave him with an ultimatum.

He tells Chesney to choose the kebab shop, or the PR work.

This doesn’t go down well with Gemma, but will Chesney be able to keep both jobs going? Or will he instead return to his regularly scheduled job?