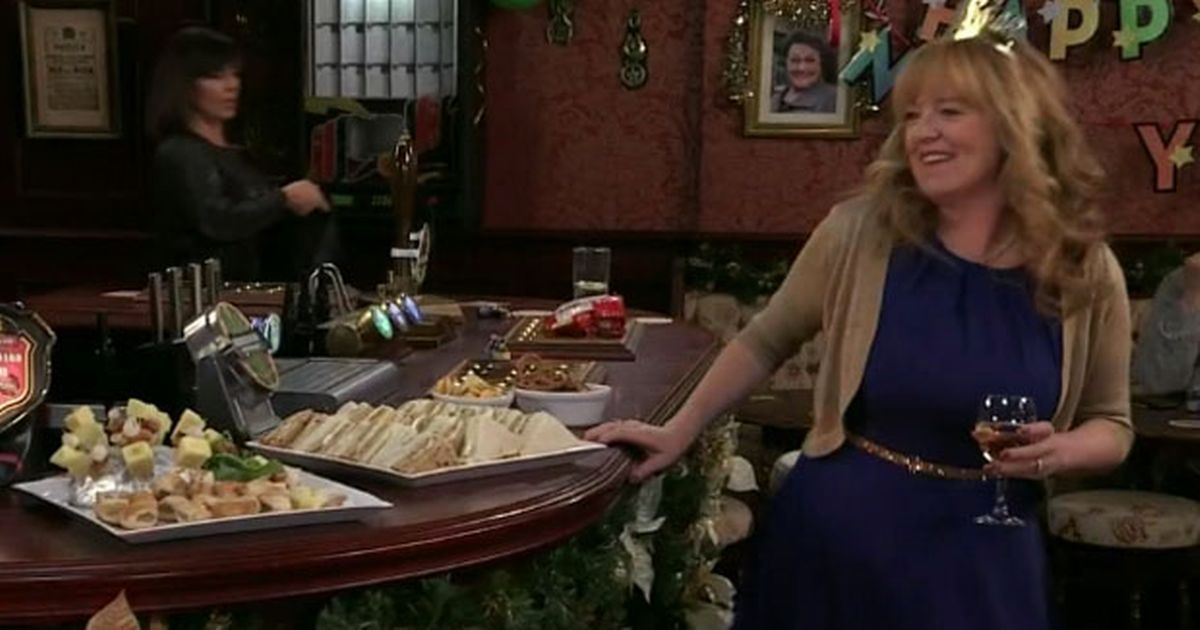 Coronation Street fans have taken to Twitter to mock the show for hosting ‘the worst party ever’ in their New Years Eve episode.

During the 30-minute special, fans watched as Kevin Webster, played by Michael Le Vell, savagely rejected a boozed-up Abi Franklin as they partied away 2019 in the Bistro.

Rocking a dodgy blonde wig, the cobbles regular asked Kev for a pre midnight snog as she is normally “being sick in the back of a taxi” by midnight.

However, as the clock struct midnight Kevin had a change of heart and rushed off to find Abi only to see her hooking-up with another man.

Despite their romance being written to keep fans guessing if they were going to end up together, viewers couldn’t help but joke about the partying being lacklustre.

One fan tweeted: “Wow 8 whole customers in the Bistro on New Years. It’s a gold mine.”

Another added: “This has to be the worst party ever. #Corrie.”

“Rovers is busy…” a third continued.”

Meanwhile, a fourth added: “If all these people are in the Bistro. The Rovers must be empty. #Corrie”

A fifth mocked: “So, the Rivers is rocking… #corrie

Also in the show Tracy Barlow fumed her relationship with Steve McDonald is over.

Arriving in the Rovers, she raged: “I’ve finally seen Stuart for the two faced sewer rat he is.”