NewsGroove Uk
NewsGroove Uk > Politics > Corbyn won an internal Brexit battle, but it could lose him the war
Politics

Corbyn won an internal Brexit battle, but it could lose him the war 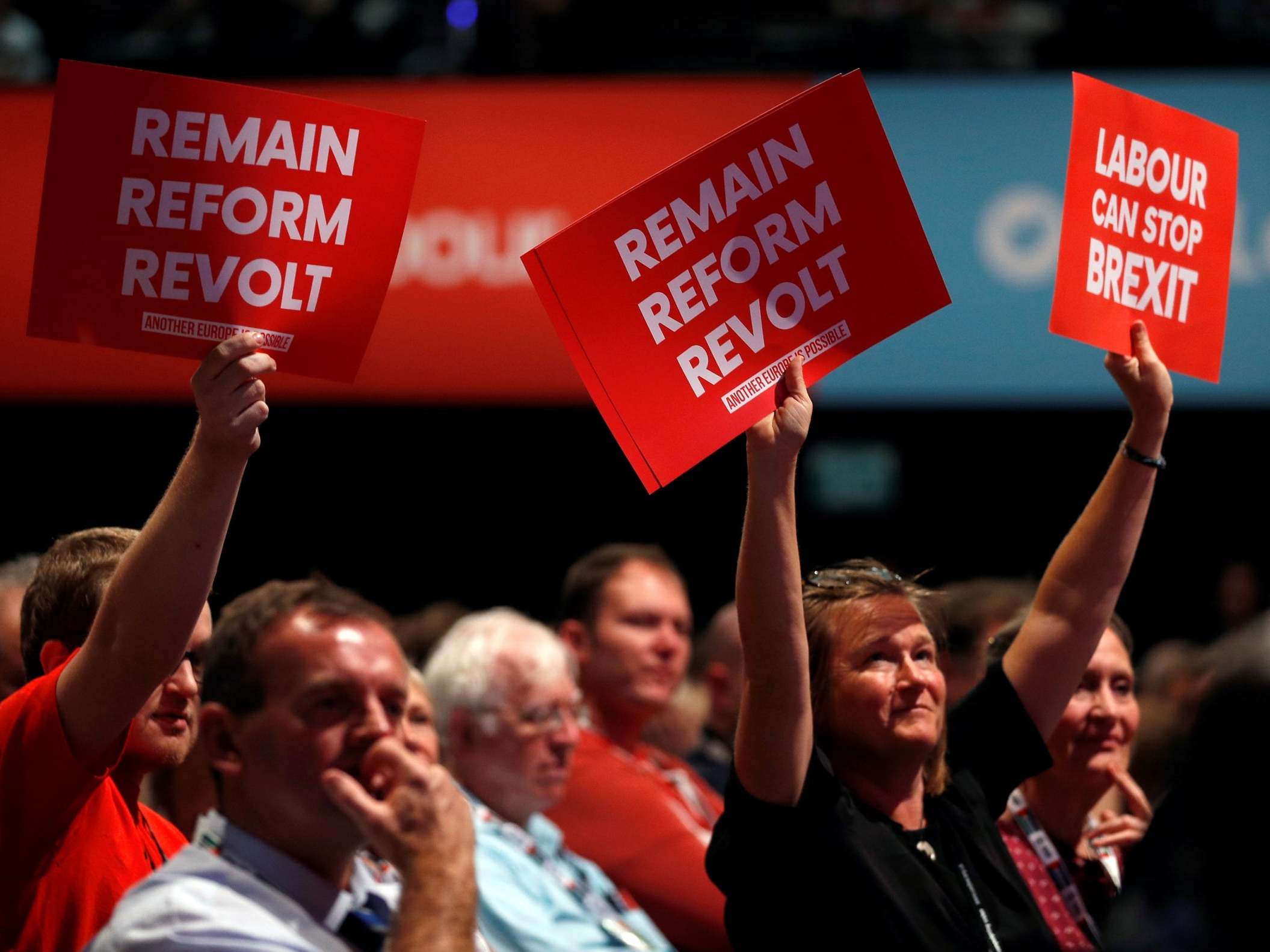 To get his way at Labour conference, Jeremy Corbyn had to turn his showdown with Labour Remainers at his party’s conference into a loyalty test. Afterwards, many Labour MPs who wanted an unambiguous pro-Remain stance were more pessimistic than ever about the party’s chances of winning an election, or even coming close.

Labour’s Remainers will fight on, saying that pressure to overturn the conference policy will only continue to build in the Parliamentary Labour Party (PLP) and shadow cabinet. They hope it will be tweaked when the election manifesto is eventually decided. But I suspect that now he’s cleared the conference hurdle, Corbyn’s “all things to all people” approach will prevail.

His allies claim that Remainers refuse to take Yes for an answer. Indeed, a year ago, they would have given their left arm for a cast iron pledge of a Final Say referendum with an option to Remain; now, Labour’s centre of gravity has forced Corbyn to give up his anti-referendum position. But he has stuck stubbornly to keeping Leave in the frame so that Labour can “unite the country” – and, crucially, so it can appeal to the Leave voters Boris Johnson is eyeing in the North and Midlands

Yet for all the talk of appealing to as much of the electorate as possible, Labour is now saddled with a policy that many MPs believe will be unsellable on the doorstep.

While the Tories say they will deliver Brexit and the Lib Dems promise to halt it immediately, Labour is stuck in the muddled middle. MPs fear a repeat of the European Parliament elections in May, where Labour fell between the two stools of a polarised country and was roundly beaten into a poor third place. As one said: “We will go into a Brexit election saying ‘we’ll tell you what we think about Brexit when it’s over.’ It’s nonsense, and not credible.”

The winners will surely be the Lib Dems and the Greens. New YouGov polling for the People’s Vote campaign shows that only 14 per cent of Labour’s Remain voters would “definitely not” vote for the Lib Dems, with only 9 per cent spurning the Greens. In contrast, the risk of losing Leave voters is lower: 72 per cent of Labour Leavers would definitely not back the Tories, and 48 per cent reject the Brexit Party.

Opinium found for the first time that Remainers are just as likely to vote for the Lib Dems as Labour (33 per cent for each). Labour has already lost one in four of the voters who backed it in 2017 to the Lib Dems or Greens.

Corbyn allies point out that Theresa May wanted a Brexit election in 2017, but it turned on other issues such as austerity. Yet the game has moved on, and surely the coming contest will be dominated by Brexit. When Channel 4 News asked voters last week how they would vote in the election, they found that people responded “Leave” and “Remain” rather than named a party.

It is true that Labour can borrow from the traditional Lib Dem playbook and tailor their message to fit different constituencies. Remainer Labour MPs can claim they would stop Brexit via a referendum; Leavers can say Corbyn will negotiate a better Brexit than the Tories.

But coupled with his disastrous personal ratings, Corbyn’s neutral stance on the election’s critical issue might simply look like weakness. He doesn’t even intend to take sides in a referendum. As prime minister, he would allow cabinet ministers to campaign for Remain or Leave while keeping his hands clean to honour the result either way.

This raises the prospect of Sir Keir Starmer negotiating a soft Brexit deal with the EU which he has already pledged to campaign against, along with other senior figures such as John McDonnell, Diane Abbott and Emily Thornberry. No wonder there are doubts at the highest level of the shadow cabinet about the policy backed by the conference.

One crumb of comfort for Labour’s pro-Europeans is that they are confident the party will finally come out for Remain when it holds the now-mooted special one-day conference to decide whether to recommend a Labour deal or Remain in the referendum.

But that could be academic, as it will come after an election that has just got more difficult for Remainers to win. The decision Labour just took will likely make it harder for Remainers to organise tactical voting at the local level. Their fear is that the split in the Remain vote, notably in Conservative-Labour marginals, will ultimately help one man most: Boris Johnson.

READ  Martin Rowson on Britain emerging from lockdown – cartoon
Share on FacebookShare on TwitterShare on PinterestShare on Reddit
newsgrooveSeptember 24, 2019