Cooperative worker dog breeds do not appear to respond more negatively to unfair outcomes than do independent worker breeds, according to a study published June 17 in the open-access journal PLOS ONE by Jim McGetrick of the Konrad Lorenz Institute of Ethology, and colleagues. Although the sample size was small, the results do not support the hypothesis that inequity aversion and cooperation co-evolved.

Dogs and many other animals display inequity aversion — negative responses to unfair outcomes — which is thought to contribute to the maintenance of cooperation. But only limited evidence supports the hypothesis that cooperation and inequity aversion co-evolved. Dogs provide a suitable model species to test this hypothesis because breeds vary in the extent to which they were selected for cooperativeness. In the new study, McGetrick and colleagues examined the responses of 12 dogs from cooperative worker breeds (e.g.: Australian shepherds, border collies, Labrador retrievers, and rough collies), which work in continuous visual contact with humans, and 12 dogs from independent worker breeds (e.g.: akita inus, basenji, Siberian huskies, shiba inus). In the paw task, the experimenter alternately asked two dogs to give their paw, but only one dog was always rewarded.

Dogs belonging to both breed groups displayed inequity aversion, and there was no significant difference between the groups in the extent of the negative response to inequity or in the impact of the inequity on subsequent social behaviors. But there were some differences between the breed groups. For example, dogs from independent breeds gave their paw fewer times than did dogs from cooperative breeds, especially in the unrewarded conditions. In addition, dogs from cooperative breeds spent more time close to their partners when allowed to freely interact than did dogs from independent breeds.

According to the authors, the findings provide some evidence for basic breed group differences in the tendency to work without rewards, and possibly in general sociability, which could offer fruitful areas of investigation for future studies focused on understanding dog breed differences. 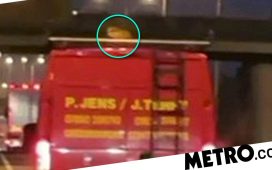 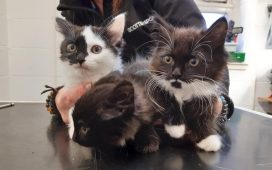 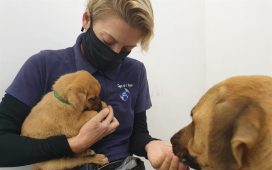