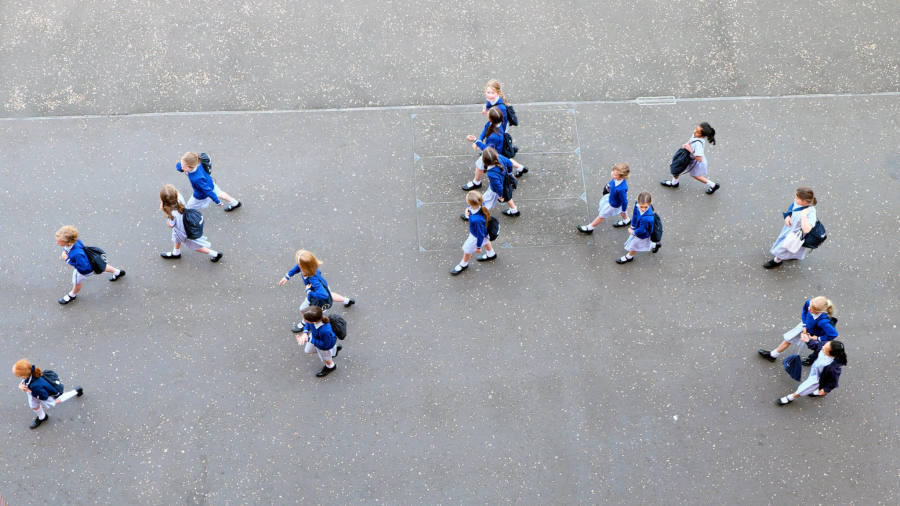 Successive governments have failed to take the bold action needed to ensure that people across the UK can succeed in life regardless of their backgrounds. Meanwhile, vast amounts of talent and potential have been criminally squandered as social mobility stagnates. In the places where many switched their political allegiance in the general election, voters are aware of how opportunity is blocked.

Referring to a Glasgow housing estate, the late Scottish trade unionist Jimmy Reid protested: “Behind every one of these windows is somebody who might be a horse-jumping champion, a Formula One racing champion, a yachtsman of great degree, but he’ll never know because he’ll never step on a yacht or Formula One car — he’ll never get the chance.” You could add barrister, journalist or scientist to that list . . . member of parliament, even. What Reid observed of the 1970s is still true today, especially for those who do not attend university.

The need for this new government to put social mobility at the centre of its agenda is achingly clear. But the term was largely missing from Conservative discourse in the run-up to the party’s election night victory.

Much has been written about the manifesto’s brevity, from economics to social issues. Yet, although it was almost deliberately concentrated on the immediate objective of delivering a majority in parliament, the Conservatives do still speak the language of social mobility. The manifesto proclaims that “talent is spread evenly in this country, but opportunity is not”. In other words, those able children are still trapped behind those glass walls.

Ministers cannot pay lip service to the importance of place while ignoring how access to aspiration has become rationed according to where you are born and grow up.

Where the Conservatives have developed the concept of social mobility — and where credit is due — is in applying to it to the idea of place as well as to individuals. It is now wholly acknowledged that large parts of the country are places starved of social mobility — where opportunities to “get on” are simply much rarer.

There are concrete measures in the Sutton Trust’s own Mobility Manifesto that the new government could now implement as part of its approach to place. For example, a ban on the unpaid internships that currently privilege the well-to-do from the south-east who can afford to work for free in, say, a City law firm or the London media.

A more fundamental measure — which 100 high-quality independent day schools, including many outside the south-east would embrace — would be a state-backed Open Access scheme of the sort the Sutton Trust piloted with the Belvedere girls’ school in Liverpool. By Open Access we mean admission to these schools would be based solely on merit, not money, which would democratise entry.

Independent day school fees are beyond the reach of almost all families, and only a paltry 1 per cent of pupils at these schools have their fees entirely covered by bursaries, according to the Independent Schools Council. Open Access would be a voluntary scheme to open up the highest performing independent day schools to pupils of all backgrounds, and also create “magnets” for talented people in places that often feel cut off from any route to the top.

While disadvantaged schoolchildren, particularly in London, enjoy better schooling and enter prestigious universities more than in the past, these improvements in state education in themselves are not enough to unlock social mobility. Enabling social fluidity requires something even more fundamental than tackling the attainment gap and improving access to university, as vital as those are. It involves the careful and intelligent promotion of such things as essential like skills, informal networks and cultural capital. It also requires a broad approach to addressing disadvantage, rather than a distracting focus on just one group.

Some Tory MPs within the new intake are already thinking seriously on this issue. Jonathan Gullis, the new MP for Stoke-on-Trent North, has talked about his father’s journey from school caretaker to postgraduate student. Mark Fletcher, who took Bolsover, grew up in Doncaster as the son of a single parent before going to Cambridge. The presence of MPs such as these, representing the sort of places they grew up in, makes it more likely that the Conservatives will think seriously and ambitiously in this area. The educational backgrounds of members of the Commons is widening, albeit slowly — with private school-educated Tory MPs now making up 41 per cent of the total, compared to 45 per cent in the last parliament.

It is essential that the Conservatives develop serious and ambitious plans to promote better opportunities for young people in the areas they now represent. They cannot pay lip service to the importance of place while ignoring how access to aspiration has become rationed according to where you are born and grow up. Time and again, work by the Sutton Trust has found how aspirational and ambitious parents from all backgrounds are for their children — parents like those who voted Conservative for the first time last week.

They are desperate for their children to be given chances — chances that in many cases the parents once had themselves but which have closed down over time. There is a large constituency for whom social mobility is not an abstract idea, but essential to their family’s wellbeing, now and in the future — they are crying out for tangible policies that will help them get a foot on the ladder.

The writer is founder and chairman of the Sutton Trust, the social mobility charity, and the Education Endowment Foundation