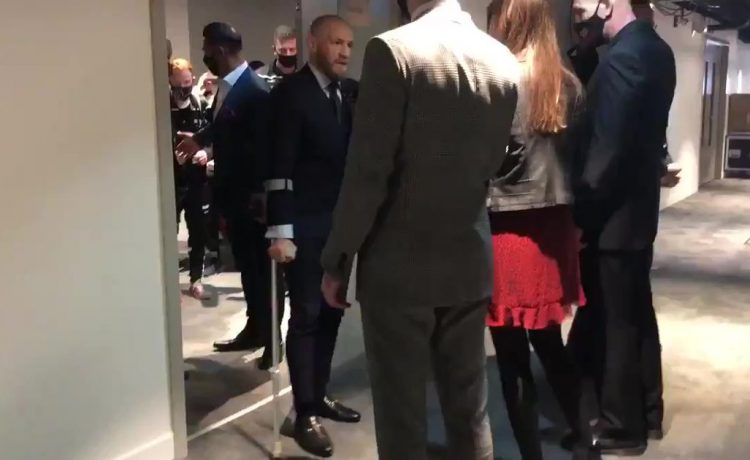 Conor McGregor was left on crutches and was seen walking with a limp after being knocked out in the second round of his rematch with Dustin Poirier.

The Irishman was making his highly-anticipated return to the cage a year after his last fight against Donald Cerrone.

But he was badly beaten as Poirier dropped the former two-weight ruler in the second round before finishing the fight on the ground.

After the fight McGregor congratulated the American and said: “It’s hard to overcome inactivity. Dustin is some fighter. I have to dust it off and come back and that’s what I’ll do.

And footage after the encounter suggested The Notorious has suffered some damage, with a video appearing on social media of him using a crutch on his way to the post-fight press conference.

Speaking about the injury, he said: “My leg is completely dead. Even though I felt like I was checking them. … I was badly compromised.

“I’ll adopt a different approach for the trilogy with Dustin, because those leg kicks are not to be messed with. That calf kick, that low calf kick, I’ve never experienced that.

“It’s a bitter pill to swallow, and I don’t even know whether I’m that upset. I don’t know what to say.”

It remains to be seen what is next for McGregor, but it seems he will need some time to get over both the physical and mental damage caused by this defeat.

He had previously been in discussions with Filipino boxing legend Manny Pacquiao over a bout in the ring.

And he has also been linked with fights with the likes of YouTuber Jake Paul and Tony Ferguson.