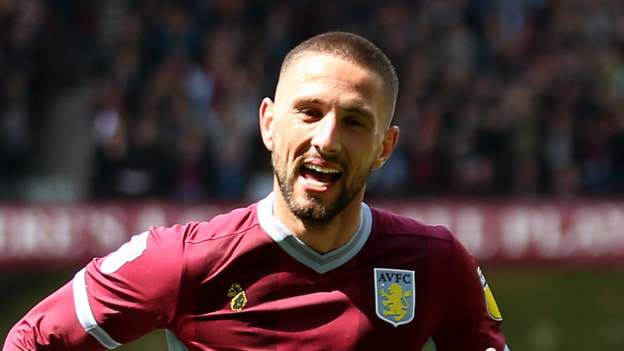 The Republic of Ireland international is understood to have agreed to join the Championship club on a deal until the end of the season.

Dean Smith confirmed on Tuesday the 29-year-old was eager for more game-time having struggled to hold down a regular place at Villa this season.

“Personally I would like Conor to stay,” said Villa manager Smith.

“He’s been to see me a few times and intimated to me that he wants to go out and play games, which is one of the reasons why I love Conor so much.

“He’s never happy when he’s not playing games and he’s intimated to me that he wants to go out and play games.

“We’ll look at the possibility but it’s got to be right for Conor and the football club as well. It would be a loan to the end of the season to get him back playing and get him back to us.”

Hourihane is set to be joined at the Liberty by US international striker Jordan Morris, who is close to securing his loan move from Seattle Sounders.

The two new faces will be a welcome boost for Swansea head coach Steve Cooper, who had been keen to add to his attacking options having seen loan signings Morgan Gibbs-White, Kasey Palmer and Viktor Gyokeres recalled by their parent clubs in the last month.

Hourihane’s move to Wales is expected to be completed before Saturday’s FA Cup fourth-round home tie with Nottingham Forest.

Similarly, the deal for 26-year-old Morris should be completed ahead of the weekend.