Misinformation about the effectiveness of the Oxford-Astrazeneca jab has helped fuel the spread of Covid-19 – and still risks undermining the fight against rising infections, one of the scientists behind the vaccine has warned.

French president Emmanuel Macron wrongly claimed the jab was “quasi-ineffective” for over-65s earlier this year, while misleading reports from Germany said it was only 8 per cent effective in this age group.

Professor Sir Andrew Pollard, director of the Oxford Vaccine Group, said that “confused messaging” about the vaccine in protecting against Beta and other variants threatens to erode confidence in the jab, at a time when millions of people around the world remain unvaccinated.

He pointed to the example of South Africa, which rejected the Oxford vaccine back in February due to concerns about its effectiveness before later suffering an intense third wave of infections caused by the highly transmissible Delta variant.

Fears have returned surrounding the jab’s ability to protect against Beta, which has been shown to be effective in partially evading the immune response triggered by the vaccines and causing symptomatic infection.

Its rising spread in France prompted ministers to impose new travel restrictions on the country, which are set to be reversed, due to fears that the variant could take off in the UK and disrupt the national rollout.

However, Sir Andrew said that worries over Beta were unfounded, insisting that the Oxford vaccine remained highly effective in preventing hospitalisation and death from the variant.

Writing for The Independent, alongside Shabir Madhi, a professor of vaccinology at the University of Witwatersrand in South Africa, Sir Andrew suggested the lessons from South Africa needed to be learned across the globe.

“South Africa was one of the first African countries to procure the Oxford-AstraZeneca vaccine from Serum Institute of India,” they wrote.

“Unfortunately, these doses were never deployed because of misguided fears over efficacy, allowing the present third wave to occur in a largely unvaccinated population.”

Cases in South Africa surged following the introduction of the Delta variant to the country, which has spread among partially protected or unvaccinated individuals. The caseload of its third wave has been significant, drawing the first two waves by a factor of three.

South Africa has so far completely vaccinated only 5 per cent of its population of roughly 60 million, meaning health services in the country have been placed under “horrifying pressures” by Delta, said Sir Andrew and Prof Madhi.

In a move that shocked the world at the time, South Africa halted use of the Oxford coronavirus vaccine in February after evidence emerged that the jab did not protect clinical trial volunteers from mild or moderate illness caused by Beta.

But the two professors insisted “this is not a reason to panic”.

“Infection of vaccinated people with Beta, Delta, and future coronavirus variants is expected,” they wrote.

“It is severe disease and not mild infection that makes a pandemic, and so far vaccines have substantially weakened the link between infection and death.”

However, all the current data and evidence points to the effectiveness of the vaccine in protecting against serious illness and keeping people out of hospital, said Sir Andrew and Prof Madhi.

“Taking data together from the lab, animal studies, and trials of other similar vaccines we can be confident that the Oxford vaccine will be highly effective at preventing severe disease and death with Beta, just as it does with Alpha and Delta variants.”

Beta’s prevalence in the UK has dropped to insignificant levels after it was first detected in England late last year. More globally, data shows that the variant is fading away.

There are a few outliers, however, with the likes of Spain and France reporting a recent rise in Beta infections. But scientists still believe that the variant does not currently pose a threat to global efforts to bring Covid-19 under control.

Jonathan Ball, a professor of molecular virology at the University of Nottingham, said that the variant is a “bit of a lightweight”.

Sir Andrew and Prof Madhi warned that misconceptions around Beta and the effectiveness of the jabs risked undermining “our best tool for preventing death from Covid19, the vaccines.”

They added: “Future policy decisions should be driven by effectiveness of vaccines against hospitalisation and death.

“If the current high levels of protection against severe disease are sustained, the global public health emergency will be curtailed by the ongoing vaccine roll out.” 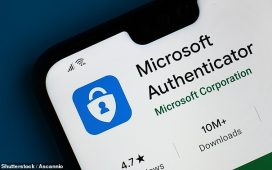 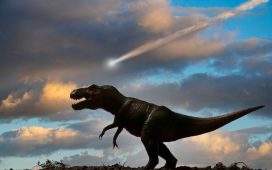 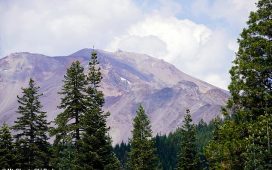 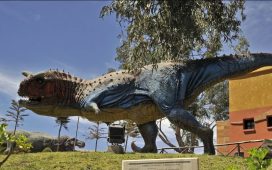 Javid: Covid curbs will return in England if cases get out of control 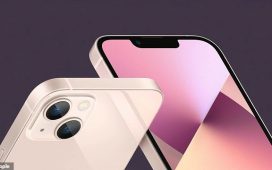