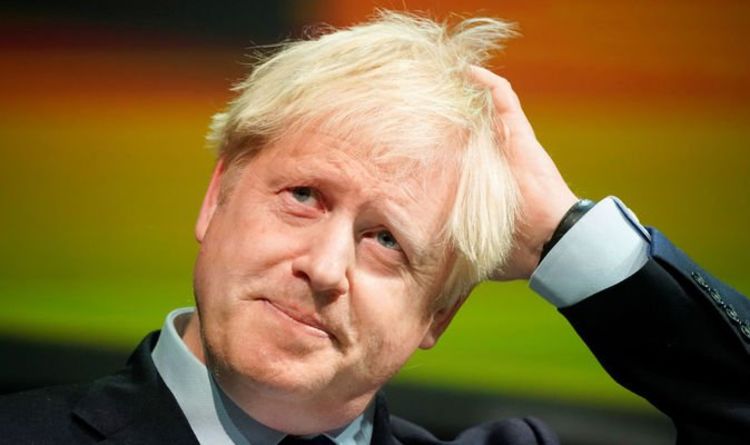 The Prime Minister has so far ruled out joining forces with Mr Farage, after the Brexit Party leader proposed a “non-aggression” deal. A senior Conservative source described Mr Farage and Brexit-campaigning ally Arron Banks as not being “fit and proper”, and said they should never be “allowed anywhere near” Government. Steve Baker, chairman of the influential European Research Group (ERG), has questioned the reluctance from Mr Johnson and said the Conservative party would be unable to win a general election without the support of Mr Farage’s party.

The hardline eurosceptic said the Brexit Party has “many high-quality people”.

Mr Baker told the Daily Mail: “I am still waiting for someone to explain to me how we win a general election and reunite the Conservative coalition without committing to some sort of arrangement – even an informal one – with the Brexit Party.”

Another Tory Eurosceptic highlighted the need for Mr Farage’s grassroots party to win seats which the Conservatives have been unable to secure.

They said: “I assume the electorate themselves, whether it is the Tory or Brexit Party candidate who has the best chance of winning that seat, will vote accordingly.

“There will be Leave seats where Labour are first and maybe the Lib Dems are second and where we have never stood a chance where the Brexit Party could have the best chance.”

Mr Farage previously said an election pact would be “unstoppable” and deliver a 100-seat majority.

READ  'Good riddance!' Bercow humiliated as readers rage he should have gone years ago – poll

Following the snub by Mr Johnson, the Brexit Party leader expressed his disappointment that leave voters could not be united.

Mr Farage said: “What I am saying is I am somewhat disappointed that I offer a genuine hand of friendship and I say ‘come on Boris Johnson, let’s get the leavers of this country united, let’s fight a general election because it is coming at some point before too long’.

“‘Let’s fight it together, let’s have a non-aggression pact and, if we do that, you will win a big, solid, safe majority’.”

He added: “All I get is ‘Nigel Farage isn’t suitable’ blah blah blah.”

Professor Curtice has praised the offer and said the “logic of Mr Farage’s offer is impeccable”.

The strategy outlined by Mr Farage aims to target leave Labour seats in the North, the Midlands and Wales.

“Most have hitherto been considered relatively safe Labour territory – only four elected a Conservative MP in either 2010 or 2015. These would presumably be the kind of seat where the Brexit Party leader would want his party to represent the pro-Brexit Alliance.

“Winning these 22 seats would be enough to give the Prime Minister a safe overall majority, in tandem with the Brexit Party, of nearly 40.”