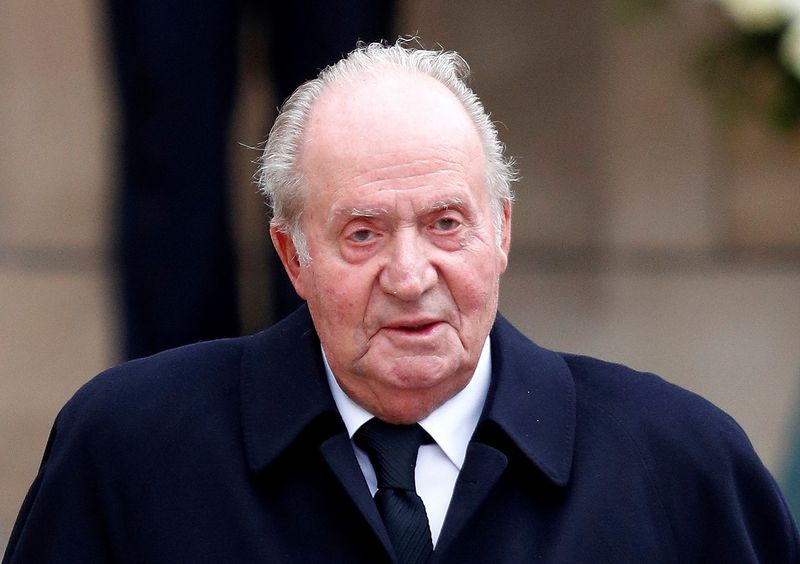 By Elena Rodriguez and Nathan Allen

MADRID (Reuters) – Frustrated Spaniards are demanding to know the whereabouts of former king Juan Carlos after he abruptly left the country amid a cloud of scandal.

With no word from officials on where he is, the 82-year old’s dramatic exit, announced on Monday, has triggered an international guessing game, but also anger at home at the mystery.

“They should come clean, they should say where he is,” said Jorge Llubero, an 18-year-old student in Madrid. “There shouldn’t be so much secrecy.”

Spanish media have reported the ex-king, who abdicated in favour of his son Felipe in 2014, may have left the country as early as Sunday.

Some say he is now in the Dominican Republic and others have placed him in Portugal, where he spent much of his youth. But officials in both countries have said they have no knowledge of him arriving.

“We should be more aware of his situation, I think it’s pretty serious,” said Madrid tour guide Gabriel Alonso.

Juan Carlos said he was leaving Spain so that his son’s reign wouldn’t be troubled by his personal affairs.

A steady drip feed of leaks followed, with Spain’s El Confidencial news site publishing documents that appeared to show regular cash withdrawals of hundreds of thousands of euros from a Swiss account signed by Juan Carlos.

The former monarch is not formally under investigation and through his lawyer has repeatedly declined to comment on the allegatons. His lawyer, the royal palace and the government have all declined to say where he is.

“It goes against the goal of calming the situation,” Ignacio Jurado, a political science professor at Madrid’s Carlos III University, said of the secrecy.

“Probably the king (Felipe) would have liked to handle it another way but out of respect for his father he wanted to let him have the final say,” said Jurado, suggesting the secrecy was likely the result of internal palace dynamics.

Juan Carlos came to the throne in 1975 after the death of General Francisco Franco and was widely respected for his role in helping guide Spain from dictatorship to democracy. But his popularity sank in later years.

300,000 more people ‘have missed out on a workplace pension in the past year’