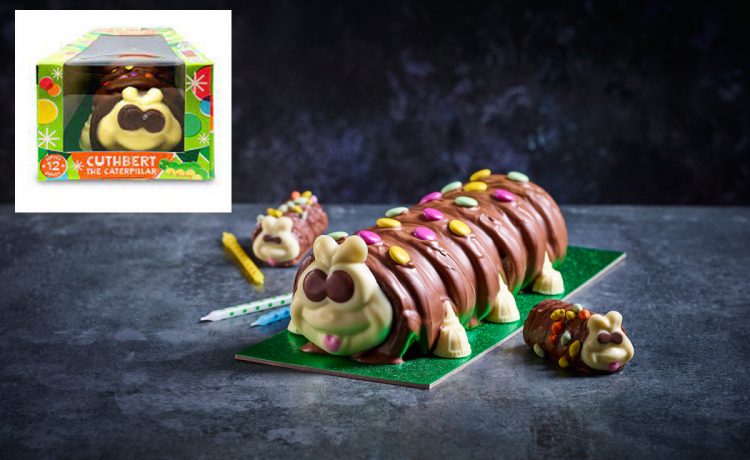 MARKS & Spencer has launched legal action against Aldi over the discounter’s copycat version of its Colin the Caterpillar cake.

The posh supermarket is arguing the similarity of Aldi’s Cuthbert the Caterpillar cake leads customers to believe they’re of the same standard.

The trademark infringement claim, lodged with the High Court this week, also claims Aldi has benefited from M&S‘ reputation of the product.

M&S now wants Aldi to remove the product from sale and agree not to sell anything similar in the future.

It launched Colin the Caterpillar around 30 years ago and the design has been largely unchanged since 2004.

The only exception is during seasonal events such as Halloween, Christmas and Easter, when M&S launches temporary new designs.

Just like Colin, Cuthbert is made with a chocolate sponge cake filled with chocolate buttercream – and it also comes with a white chocolate face.

M&S has three trademarks relating to Colin, which the retailer believes means Colin has distinctive character and reputation.

An M&S spokesperson said: “We know the M&S brand is special to our customers and they expect only the very best from us, love and care goes into every M&S product on our shelves.

“So we want to protect Colin, Connie and our reputation for freshness, quality, innovation and value.”

Aldi declined to comment when contacted by The Sun today, but added that the cake is currently unavailable.

Asda, Morrisons, Sainsbury’s and Tesco also sell similar caterpillar cakes with the prices ranging from £5.92 to £6.

A few years, The Sun taste tested all the treats to see which ones are best.

Aldi is well-known for its copycat products, which also include other treats such as chocolate and cookies.

However, a few years ago, it faced legal action from small businesses which claimed the supermarket was ripping off its goods.

In 2019, Charlotte Tilbury also won a legal battle against Aldi after the discounter sold £6.99 copycat dupes of its £49 bronzer.

Last month, a home baker was mercilessly mocked for a DIY version of the Colin the Caterpillar cake with Brits claiming it gave them “nightmares”.

Meanwhile, M&S rolled out a new Easter Colin the Caterpillar cake this year.

It came after shoppers were “disturbed” by the Easter version last year, claiming it looked “demonic”.