Coleen Rooney has been seen undertaking some retail therapy amid the explosive Wagatha Christie case.

The wife of England legend Wayne Rooney has accused fellow WAG Rebekah Vardy of leaking stories about her private life to the press, with the case now in court almost three years after the initial accusation.

Rooney said she had planted three stories on her private Instagram that only Vardy’s account was able to see, and all three stories ended up being leaked to the press.

Vardy, wife of Leicester City striker Jamie Vardy, denies having leaked the stories and is suing Rooney for libel.

However the latest revelation from court suggests Vardy ‘appears to accept’ her agent, Caroline Watt, leaked stories about Rooney; Rooney’s lawyers had previously claimed Vardy leaked information to The Sun either directly or via Watt ‘acting on her instruction or with her knowing approval’.

The shock claim came on Friday, 29 April, with Coleen now having been pictured out and about for the first time since.

The TV star – who has been dubbed Wagatha Christie – was seen shopping in Manchester as she carried a bag from clothing store Jaeger and stopped off at a tailor.

Rooney, also hurriedly supping from a cup of coffee, was dressed casually in a black top, leggings and runners, and had her hair tied back in a simple ponytail.

The 35-year-old mum-of-four was also still in a leg brace but was able to walk without crutches after suffering a mystery injury in March which left her on crutches and in a plastic brace.

On Friday, Rooney’s lawyer David Sherborne, claimed that Vardy believes Watt may have been the source of the stories in a new witness statement.

In written submissions, Sherborne said Vardy’s new statement ‘suggests Ms Watt was the source of the leak but claims that (Mrs Vardy) “did not authorise or condone her”‘.

He added: ‘It now appears…that she too “believes” that Ms Watt is the source.’

The barrister continued: ‘The collapse of Mrs Vardy’s case over the last day has been remarkable.

‘As of the evening of April 27 2022, in an abrupt change of position to her pleaded case since the outset, Mrs Vardy appears now to accept Mrs Rooney’s case: that Caroline Watt, Mrs Vardy’s close friend and PR, was the conduit by which stories from the defendant’s private Instagram account were leaked to The Sun through her access via Rebekah Vardy’s account.’

Sherborne told the court it was ‘undeniably obvious that Ms Watt is the source and Mrs Vardy, true to form says “it wasn’t me, I didn’t realise and I didn’t know anything about what was going on”.’

However, Hugh Tomlinson QC, for Vardy, told the court that his client’s new witness statement did not contain ‘any change whatever in the pleaded case’.

Watt had been expected to give evidence at the upcoming trial, however, the High Court was told she was ‘not fit’ to give oral evidence at a hearing in April.

A judgment on the trial is expected at a later date.


MORE : Rebekah Vardy ‘has nothing to hide’, high court hears ahead of Wagatha Christie case 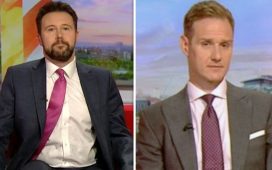 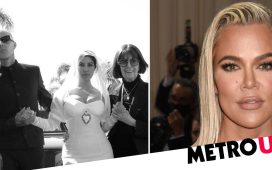 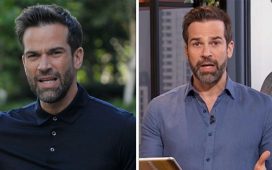