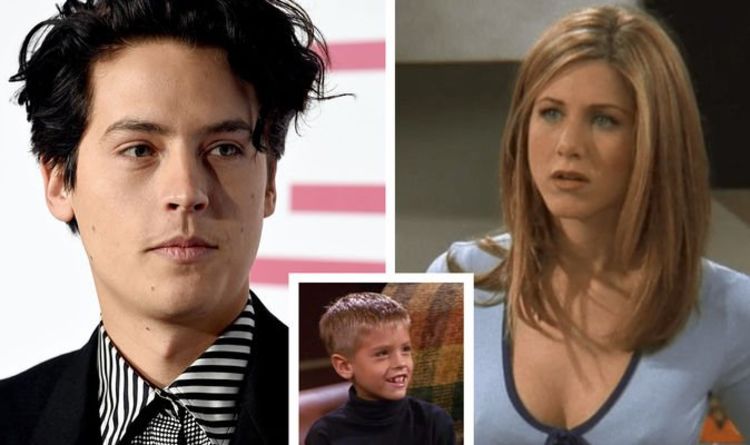 Riverdale actor Cole Sprouse, 28, admitted he used to have a huge crush on Jennifer Aniston, which made it “quite difficult to work in front of her” on the set of Friends. The pair appeared alongside each other during seasons six through to eight of the Comedy Central sitcom, where he played Ross Geller’s (David Schwimmer) son Ben whom he shared with his ex-wife Carol, and Jennifer portrayed Ross’ on-off girlfriend Rachel Green.

Cole was just eight-years-old when he joined the cast and in a recent interview on the Drew Barrymore Show on Tuesday, he revealed how his crush affected him on the set of the ever-popular series.

“I would stammer a lot, and I would forget my lines.”

While he admitted his age may have been a factor at the time, he explained that he would “maintain my composure a bit more effectively now”.

While it may come as a shock to fans that Jennifer stole a place in his heart, it was no secret to the crew.

“I was teased a little bit by the crew, because they saw it,” Cole told Drew, laughing.

“I would just forget, and be looking at her.

“But then, the whole world had a crush on Jennifer Aniston.”

“And so it doesn’t surprise me too much.”

Following on from Friends, in 2005 at around the age of 13, Cole and his twin brother Dylan were cast in the Suite Life of Zack and Cody.

The Disney Channel series ran for three seasons but Cole shut down theories about a possible reboot.

During the interview with Drew, he revealed that he and Dylan get asked “all the time” if they would ever do a reboot.

“Reboots are a tricky thing. The original shows, when they become successful, sit in this little golden plate of nostalgia,” he said.