NewsGroove Uk
NewsGroove Uk > Music > Coldplay at the Natural History Museum, review: there's nothing subtle about a concert under a giant dead whale, but this will be fossilised as a special night nonetheless
Music

Coldplay at the Natural History Museum, review: there's nothing subtle about a concert under a giant dead whale, but this will be fossilised as a special night nonetheless 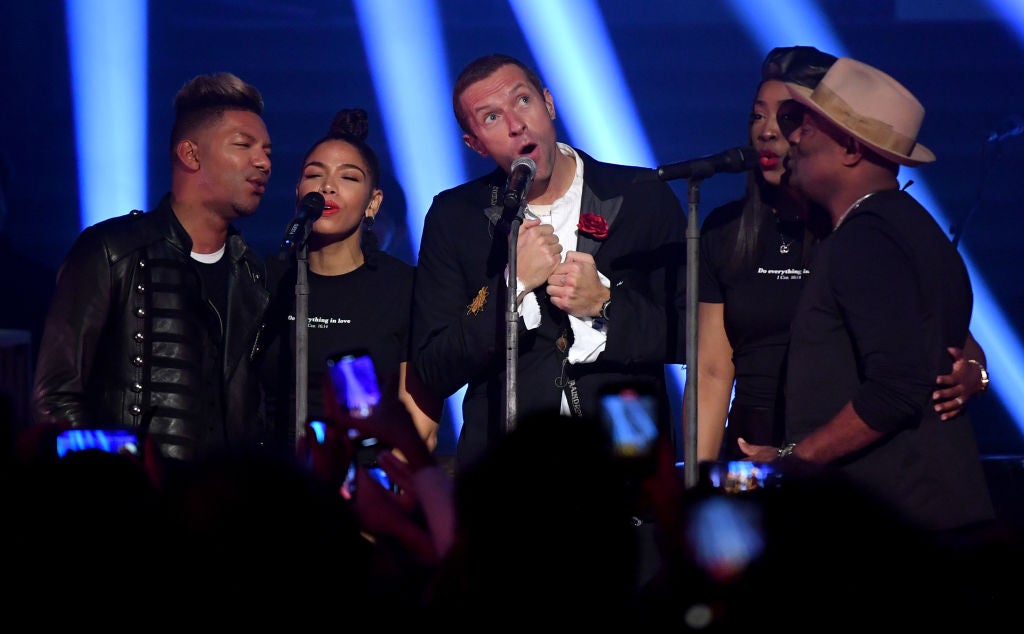 In a one-off show as they pause touring for its damage to the environment, the band’s new album Everyday Life is elevated and atmospheric

There’s nothing like standing underneath the dead body of an 80 foot blue whale suspended from the ceiling like an ominous warning from God to remind you that the planet is burning, animals are dying and if humans don’t make changes, fast, before long it will be us who are skeletons. How did you spend your final days, they will ask me. Watching Coldplay at the Natural History Museum, apparently.

Three days after releasing their eighth studio album Everyday Life, this tiny concert in the museum’s atmospheric Hintze Hall will be one of very few: the band streamed two shows from Jordan worldwide over the weekend, but will not be touring until they can find a way to make it “environmentally beneficial”. Publicity stunt or not, it’s a bold move and the eco-branding was on message here, right down to the whale sounds that echoed through the hall before they came on stage after half past 10.

“It’s so hard as a British person not to make Natural History Museum puns all night. The last person to try that was Dodo and you know what happened to her…” Chris Martin told the tiny crowd, wearing a white t-shirt with rolled-up sleeves. Coldplay are much-derided for being predictable, or unexciting, and while Martin leaned heavily into his normal-bloke shtick, proved once again, slick performer and likeable, energetic frontman – entertaining to watch even if he rarely surprises.

The bulk of this show followed the tracks of Everyday Life in their order as on record, with a few choice nods to their back catalogue. The album’s reception has been lukewarm, the band’s material moving toward downbeat songs with grave messages about guns and the planet than their usual grandiose pop-rock ballads made to rouse a stadium. But live, the detail in the music is elevated – on “Church”, shimmering guitar rang clear and lovely, on the moody “Trouble in Town” Martin crooned achily while flashing lights cast the hall into darkness and bright shocking light.

Too many of the new songs are forgettable, though, and it was when the band were joined on stage that this really ignited – on “BrokEn” Martin sang with a gospel choir, his moochy vocals opposing their totally uplifting bliss; “Arabesque”, with Nigerian musician Femi Kuti – eldest son of Fela – was dazzling, his saxophone and spirited presence so transporting it outshone the main event.

An interlude in which Coldplay’s country-strumming competed with the horns as if in musical battle was the highlight of the evening.

For the few lucky fans who managed to buy tickets, journeys to the past were clearly a joy: “Lovers in Japan” was mellifluous, played folky and with full strings; “Fix You” was an indulgent stripped-back singalong, before unleashing into great, fervent impassioned chorus. On “Sky Full of Stars”, Martin sat chatting casually while his fingers glided up and down the piano: “We normally have some fireworks at this point but they said this building was too precious”. “Tear me apart, I don’t care if you do,” he sang, trademark tremble in his voice clamorous as he gazed skywards.

On the standout “Viva La Vida”, full of orchestral power, he rejoiced, bounding loose-limbed across the stage before running up the stairs to posture in front of the statue of Charles Darwin like some messiah. Evolution? Not for dependable Coldplay. But if this is to be their last concert for a while, it will be fossilised in the memory as an after-hours treat from a band on whom we can always rely to put on a special show, however big or small the stage.