Even though CNN split the Democratic presidential candidates into two halves for its latest televised debates, processing all the platforms and campaign promises on night one was exhausting. Enter Stephen Colbert, who gleefully mocked the political chaos in his live post-debate Late Show monologue on Wednesday. The host generated punchlines from the evening’s most talked-about moments — from lesser-known candidates taking aim at frontrunners Elizabeth Warren and Bernie Sanders to Marianne Williamson lamenting President Trump’s “dark psychic force.”

“It’s hard to sum up what happened tonight,” Colbert noted early on. “But most of it was a bunch of guys who have no chance to win the Democratic nomination yelling Republican talking points at the people who can. It was like watching the seven dwarves offering Snow White a poison apple.”

Some of the night’s most contentious moments involved Vermont Senator Bernie Sanders, including an interaction with Ohio Rep. Tim Ryan over Medicare for All. Sanders noted that the proposal would “finally include dental care, hearing aids and eyeglasses” for senior citizens, but Ryan interjected that the Senator “doesn’t know that.” Sanders fired back, “I do know — I wrote the damn bill!” Colbert, meanwhile, reacted like he’d just witnessed someone get annihilated in a rap battle, clapping and jumping around, mouth agape. “I wrote the damn bill!” he said, impersonating Sanders. “And it’s a good thing you get dental care, Tim, because I just slapped the teeth out of your dirty mouth. It’s raining Chiclets in here.”

Sanders also utilized one of his trademark talking points: corporate power — particularly “companies like Amazon that made billions in profits did not pay one nickel in federal income tax.” Colbert, slipping back into his gruff impression, finished that thought: “And one nickel is a lot. You can take a street car to the Ziegfeld and see a ‘talkie’ and still have enough left over for an egg cream at Woolworth’s.”

Sarcastically labeling Sanders a “vibrant millennial,” Colbert pulled up a clip of his “message to the youth”: “We need to bring millions of young people into the political process in a way that we have never seen by, among other things, making public colleges and universities tuition-free and canceling student debt.” The host expanded on that platform: “We want a TikTok Snapchat in every Cardi B. I’m Bernie Sanders, and I’m running for student council president.”

Massachusetts Senator Elizabeth Warren snuck in a jab at former Maryland Rep. John Delaney, after he complained about some candidates’ radical, “impossible” policies. Warren fired back, “I don’t understand why anybody goes to all the trouble of running for president of the United States just to talk about what we really can’t do and shouldn’t fight for.” In reaction, Colbert imitated a boxing announcer: “Boom! Stay down, Delaney! Stay down, Delaney! You’re bleeding in one eye.”

The host also spotlighted the viral-worthy “self-help guru” Williamson, including her complaint about American views on healthcare: “We need to realize that we have a sickness care, rather than a health care, system.” Colbert continued: “We have a department of housing but not a department of home. We have a secretary of education instead of a secretary of educating. We have a defense department instead of a dreamcatcher I bought in Sedona.” 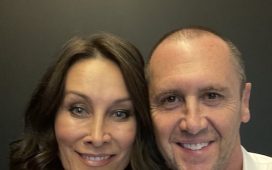 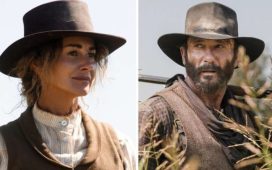 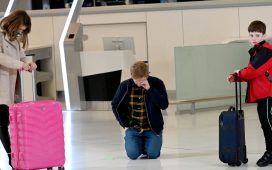 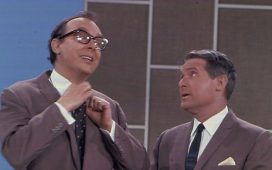 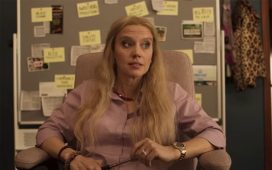 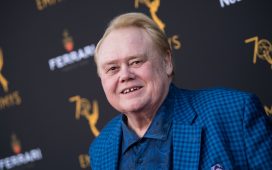 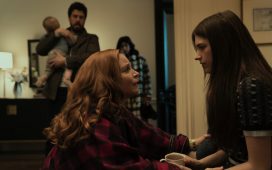 How Servant Season 3 Leans Into Its “Bonkers” Tragi-comedy