A clinic claims to have seen a four-fold increase in the number of British mothers seeking laser vaginal tightening in the past year.

The London Bridge Plastic Surgery and Aesthetic Clinic said the treatment can be ‘life-changing’.

Laser technology heats the insides of the vagina, reportedly boosting blood supply and growth of tissue inside – therefore making it ‘tighter’ and more sensitive.

Women report reclaiming their sex lives after undergoing the procedure, and no longer suffering debilitating incontinence.

Celebrity fans of the ‘painless’ treatment include former model Danielle Lloyd, as well as reality stars the Kardashians.

But although ‘V-tightening’ has soared in popularity in recent years, gynaecologists have urged caution because evidence is works is not compelling. 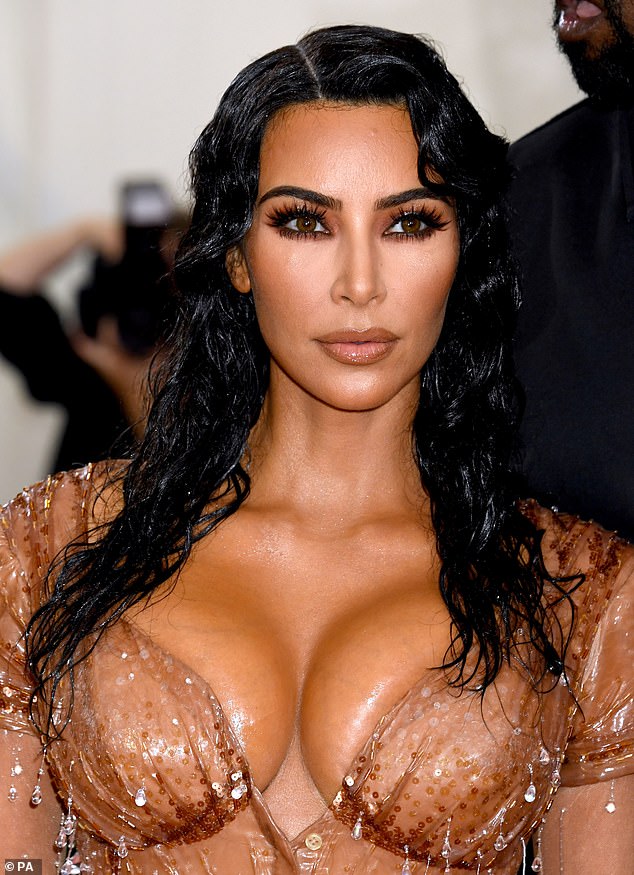 A clinic claims to have seen a 50 per cent spike in the number of British mothers seeking laser vaginal tightening in the past year.  In 2016, Khloe Kardashian revealed her sisters – Kim Kardashian West (pictured) and Kourtney Kardashian – had vaginal lasering 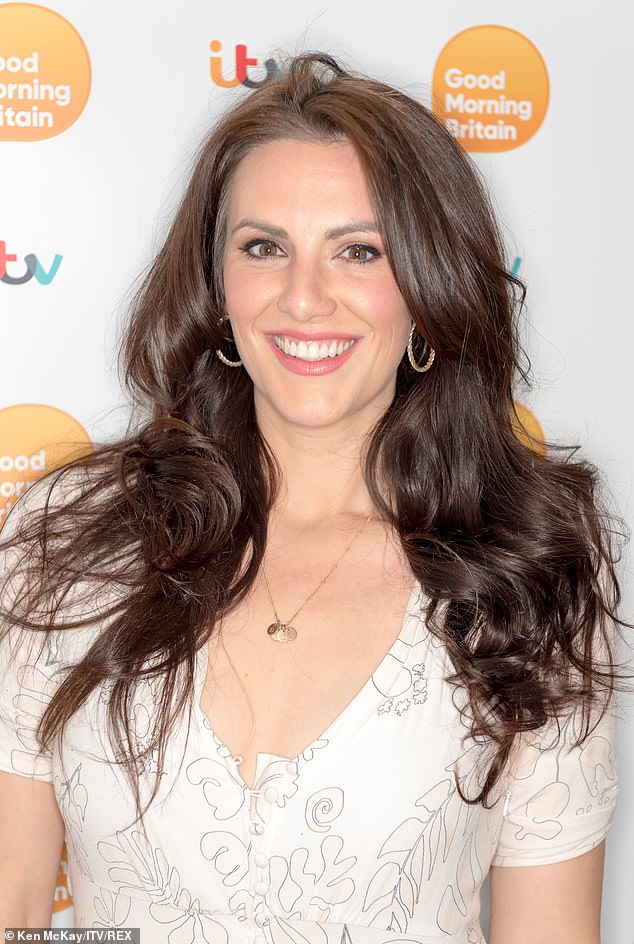 The treatment, branded FemiLift, was first performed in the UK in 2015 by Christopher Inglefield, The London Bridge Plastic Surgery and Aesthetic Clinic’s medical director.

Mary Burke, senior nurse specialist in women’s health and hormone therapy at the clinic, said: ‘We’ve seen a real surge in popularity – a 400 per cent increase in treatments in the last year alone.

‘But its important patients are assessed holistically and screened properly to ensure they’re actually suitable for the treatment.’

WHAT IS VAGINAL TIGHTENING?

Vaginal tightening includes the FemiLift, which heats the vagina’s internal tissue with laser technology to stimulate ‘formation of new collagen’.

This can cause a reduction in enjoyment of sexual intercourse.

As well as a normal part of aging, this reduction in elasticity can be increased after child birth.

It works by stimulating collagen growth and blood supply, which increases the growth of the vaginal walls, making the vaginal cavity smaller and tighter, it’s claimed.

Women report the procedure helps those that suffer from dryness and recurrent vaginal infections.

Most women inquiring about the treatment are mothers over the age of 30 and up to 60 years old.

Ms Burke, a former NHS midwife, said: ‘Ninety-five per cent of the time, laser vaginal rejuvenation is undertaken by women who have given birth.

‘They’ve typically had vaginal deliveries and subsequently the vaginal canal has been stretched. They lose sensation, and so their sex life suffers.

‘Sometimes women can be left in a sort of treatment limbo, where they’re not sure where to turn.

‘But while laser vaginal tightening is still unknown to many, it can be truly life changing for lots of patients.’

An individual treatment, which takes around 10-15 minutes, costs £1,200. Ms Burke said the majority of patients report improvement within six weeks.

Three treatments are recommended to start, with a repeat procedure every two years.

Ms Burke said: ‘Laser resurfacing has been used for many years in dermatology – it’s the same laser, but used intra-vaginally.

‘You get a revolutionizing effect. And this makes the whole area that much more sensitive.

THIS IS UNPROVEN AND UNNECESSARY, SAYS DR ELLIE CANNON

With any treatment, patients must be aware of the risks as well as the benefits. With these intimate procedures, the real downside is the unrealistic expectations that might motivate a woman to pay for them.

Sexual function and pleasure should continue to be important throughout our lives and it is certainly a positive that this is acknowledged and addressed by the medical profession. But I am not clear that these procedures offer a necessary or proven treatment.

The published studies into them featured tiny numbers of women, who gained only a small benefit compared to a placebo. Furthermore, these results have been monitored for only a relatively short time, which could imply the effects are temporary. So would women be persuaded to opt for further expensive procedures if the effects wane?

And I would be particularly concerned about the need for procedures recommended as a preventative measure. I look after vast numbers of women who have given birth and continue to have good sex lives well into their 60s, and don’t suffer any incontinence or significant discomfort.

‘After two or three treatments, women report feeling much more during sex.’

FemiLift uses a carbon dioxide laser inserted into the vagina, which blasts thermal energy to the vaginal walls.

This is said stimulate new collagen production and boost blood flow, which increases the growth of the vaginal walls, making the vaginal cavity smaller and tighter.

Ms Burke said: ‘There’s only 6-8mm between the vaginal wall and the internal sphincter of the bladder. So any kind of compression on that will help with bladder control, too.

‘I’ve had patients here who couldn’t wear jeans for fear they might leak. After three treatments with FemiLift, they can wear what they want.’

This is what drew former glamour model Danielle Lloyd, 34, to undergo the treatment last year after the birth of her second child, Harry, now seven.

The mother-of-four said: ‘Mine was more for medical reasons rather than tightening. After my second boy was born, I became incontinent, it was stress incontinence, when you have a baby it all sort of drops.

‘Even like going to the gym became hard for me, I was scared I would wet myself, or when I was sneezing, by the time I got to school, I couldn’t get out of the car. It’s changed my life.’

The reality TV star said on Kocktails With Khloe: ‘My sisters they’ve had kids, and there’s a vaginal lasering, to tighten.

‘In my household all they do is talk about this vagina lasering. It’s like their discussion back and forth’.

The procedure has received backlash from critics, who say it lacks scientific support and triggers a culture of shame around women’s genitals.

Dr Vanessa Mackay, spokesperson for the Royal College of Obstetricians and Gynaecologists (RCOG): ‘There is no evidence to suggest that non-surgical “vaginal rejuvenation” treatments are effective in improving vaginal muscle tone or reshaping vaginal tissue.’

Cosmopolitan editor Linda Kelsey said in The Daily Mail: ‘What’s advertised these days as promoting self-care and taboo-busting is really just another way of making us feel that our private parts are sites of shame to be buffed, primped and perked up.

‘Some young girls and women spend fortunes on beautifying and tightening their vaginas, while others risk dying of cervical cancer because they are too self-conscious to go for screening readily available on the NHS.’

Dr Mackay said women should speak to a healthcare professional if they are concerned about the appearance or feel of their vagina.

She added: ‘It is important to remember, however, that every woman’s vagina is different. Labia are as individual as women themselves and vary in appearance and colour.

‘To strengthen the muscles around the vagina, women are encouraged to try pelvic floor exercises which can help to improve muscle tone and sensitivity during sex.’ 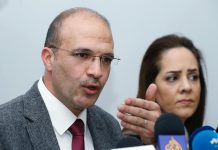 Mum begs drugs company to give her son, 16, life-saving wonder pill he can’t get on the NHS 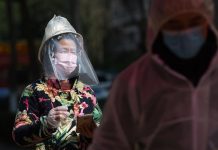