Claudia Andujar: Photographing the fragile way of life of the indigenous Yanomami people 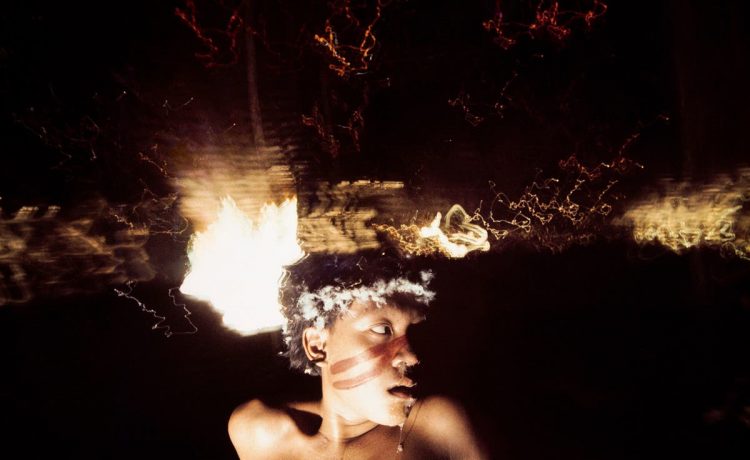 Amazonian Yanomami shaman Davi Kopenawa wrote his 2013 book The Falling Sky: “A path of light opened before my eyes and unknown beings came towards me.

“They had the appearance of tiny human beings with black saki tails around their foreheads and their hair covered in white down feathers. They approached with slow movements, in a blinding light, waving young palm leaves.”

Kopenawa is describing seeing xapiripë, ancestral spirits of the Yanomami indigenous people living deep in the rainforests. Shamans such as Kopenwana reach the xapiripë with a hallucinogenic snuff called yakoana, which brings on a trance-like state. Kopenawa describes the xapiripë as “very small and bright like light. There are many, many xapiripë, thousands of xapiripë-like stars”.

An outsider wanting to photograph the Yanomami people might find their distinctive black-and-red face paintings, elaborate headdresses and huge communal homes photogenic enough. But after meeting the Yanomami in 1971, photojournalist Claudia Andujar wanted to express something more – the spirit of xapiripë, the close relationship of the people and their environment and the bond that she herself formed with the community.

She began experimenting with double exposures, infrared lights and Vaseline-smeared lenses to evoke the yakoana-tinted reality of the people she was documenting. Filled with hallucinogenic points of light, vivid colours and unconventional compositions, her work with the Yanomami people avoids the construct of an objective reality which is the cornerstone of much photojournalism.

Instead, she captures something beyond the lens’s reach – an emotional subjectivity which lets any viewer into a culturally remote world (the Yanomami hadn’t been regularly been contacted by outsiders until the 1940s). Her empathetic work helped pave the way for the official designation of land for the Yanomami – a protection which is now under threat from Brazil’s president Jair Bolsonaro.

Her five decades of work with the Yanomami is collected in the exhibition Claudia Andujar: The Yanomami Struggle, which is coming to the Barbican in June after being shown in São Paulo, Paris and Barcelona. It includes 200 photographs, an audio-visual installation, a film and a series of drawings by the Yanomami.

“I started working with the Yanomami in the 1970s and they quickly became a second family to me,” says Andujar, 89. “When I saw the threats they were facing, I decided to devote my time to helping them obtain the demarcation of the land they occupied so that it would be officially recognised by Brazilian law.

“After many years of struggle, we succeeded in our efforts. Sadly, their lands have once again been invaded by gold miners and so I hope that my work will continue to raise awareness of the dangers facing the Yanomami.”

The fraught history between the Yanomami and the outside world makes the trusted relationship Andujar has built with the community even more remarkable. According to human rights organisation Survival International, the Yanomami people number around 38,000, living communally under single roof structures called shabonos in autonomous villages of between 50 and 400 people. Their designated land reaches over 24 million acres of rainforest across the border of Brazil and Venezuela and is the largest forested indigenous territory in the world. It’s so large that there are believed to be Yanomami villages which are still uncontacted.

The construction of a transcontinental highway in the Amazon in the 1970s brought deforestation and epidemics to the region. In the 1980s, it had been discovered Yanomami land was rich in precious minerals, including gold. Brazilian gold-miners invaded, shooting people and destroying villages and exposing the Yanomami to deadly new diseases for which their immune systems had no defence. In just seven years, 20 per cent of the Yanomami were dead. Global outrage and a successful campaign led by Andujar among others made the Brazilian government agree to legally demarcate Yanomami territory in 1992.

“Though not Yanomami, [Claudia] is a true friend,” says Kopenawa. “She took photographs of childbirth, of women, of children. I did not know how to fight against politicians and non-indigenous people but she gave me the tools to defend our people, land, language, customs, festivals, dances, chants and shamanism. It is important to me and to you to see the work she did and respect the Yanomami people of Brazil who have lived in this land for many years.”

Andujar herself experienced the horrors of genocide at an early age. Born to a Hungarian Jewish father and a Swiss mother in 1931, her father and his family died in Auschwitz and Dachau after she and her mother took refuge in Switzerland when Andujar was just 13. The Holocaust, and the trauma from her childhood, deeply informs her work with the Yanomami.

Claudia Andujar: The Yanomami Struggle includes her series of black and white portraits of the Yanomami as part of a vaccination campaign in the early 1980s. The Yanomami, who traditionally don’t refer to each other by name but by their relationship to each other, wear numbered labels recalling the tattoos of Holocaust victims. Although the vaccination programme was for the good of the Yanomami, the portraits are a jarring reminder of the continued failure to protect the world’s vulnerable, persecuted people.

Despite the landmark decision to recognise Yanomami lands in 1992, the long history of exploitation by non-indigenous people continues. Bolsonaro has made gold miners, of which about 20,000 are currently working illegally on Yanomami land, bolder. He has said he wants to legalise this mining in indigenous reserves, claiming that the Yanomami reserve is too big. Deforestation has surged to a 12-year high under him. A report last month from the Hutukara Yanomami Association found that nearly 6,000 acres of land on the Yanomami’s reserve has been deforested by illegal miners.

Covid-19 has become another threat to Yanomami life. Spread in part by the illegal miners, it is proving deadly to the indigenous people. Yanomami children are worryingly vulnerable to the disease – ten died from Covid-19 in January alone, in contrast to the low mortality rates of children elsewhere.

The past few years have shown us that the Yanomami struggle is as serious as ever. “Claudia Andujar’s iconic photos allow us to enter the rich, diverse and complex world of the Yanomami,” says Fiona Watson of Survival International. “Today, they take on a new urgency as a humanitarian catastrophe is rapidly engulfing the Yanomami.

“A huge public outcry was fundamental in persuading the Brazilian government to recognise Yanomami land rights in 1992. The exhibition is an urgent call to stand once more with the Yanomami people in their campaign to protect their rainforests and way of life in the face of a mounting threats and genocidal government policies.”

Claudia Andujar: The Yanomami Struggle is at the Barbican Centre, 17 June-29 August.

The Hutukara Yanomami Association is campaigning to reduce the spread of Covid-19. They have said: “We, the Yanomami, do not want to die. Help us expel more than 20,000 miners who are spreading Covid-19 throughout our lands.” The public can donate at https://minersoutcovidout.org and show support on social media: #MinersOutCovidOut 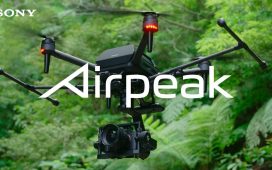 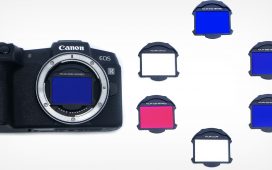 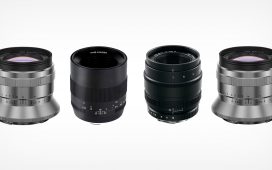 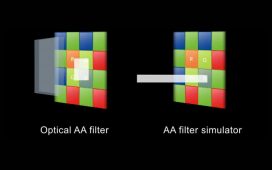 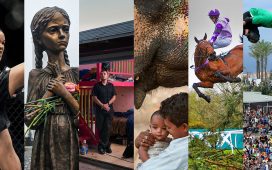 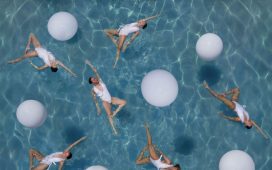 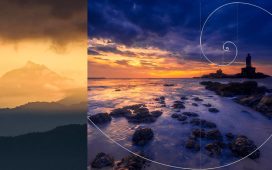 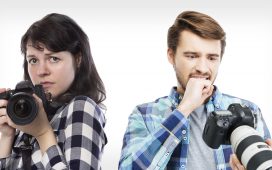 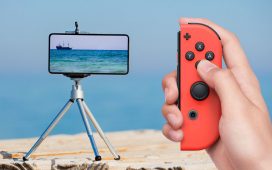 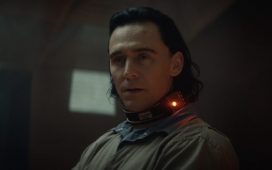 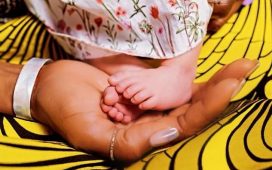 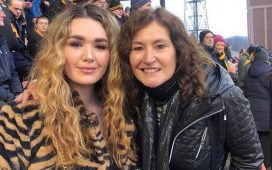 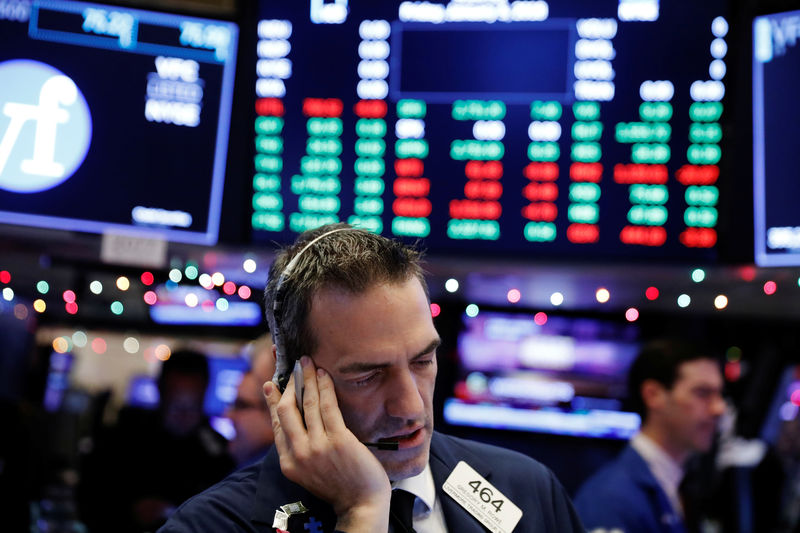 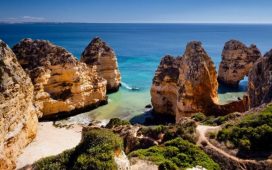