Following the video game crash of 1983, many predicted that this form of entertainment would never again reach the level it once held. Of course, some had similar predictions about the initial success of the television. As it now stands, the video game market is worth over a hundred billion dollars annually, and this number is only growing.

With this money comes attention, and it is this attention that we wish to focus on today. What are the most profound ways in which video games have influenced other media, and where might this lead in the future?

Perhaps the most obvious ties gaming has with other media comes from the iGaming sector. In recent years, online casinos have seen immense success, due in no short part to the flexibility of their software. Normally this takes the form of bonus gameplay, but there are also direct inspirational efforts such as the slot based on Tomb Raider by Microgaming.

The advantages of these types of inspiration come from the fact that there is almost always some part of the original gameplay which can be interpreted into the iGaming space. In this case, uncovering tombs and bonus cash is an obvious winning combination.

Some of the more mainstream examples of mainstream influences are seen on the small and silver screen. Again, this is a combination that makes sense. For over a decade now, video games have pulled in more than the film and music industries combined, and this upward trend shows no sign of slowing down.

Since the market for video games is so large, capitalization was inevitable. Early attempts at developing video game movies were widely unpopular, as the terrible Super Mario Bros film can attest, but they have shown steady improvement.

The Tomb Raider movies, to fall back on that example, were generally well-received, and that includes the recent reboot. While efforts like the Uwe Boll films are still guaranteed failures, there has been a slowly increasing interest by more respected industry veterans.

One of the more exciting on this front is the coming Witcher adaption starring Henry Cavill as Geralt. As one of the most respected series in gaming, this could very well mark a turning point in the mainstream acceptance in video-game adaption. Of course, this series existed first as books, but there can be no denying the majority of the attention for The Witcher and the inspiration for this Netflix series came from the popularity of the games.

At this point, there are still dozens of other video game to film and television adaptions in the works covering contemporary and classical favorites. Some of these, like The Last of Us, seem like natural translations which could end up being fantastic. Others, such as Centipede or Tetris, scream more of soulless pandering, though maybe time will prove this common belief wrong.

Much of the attention towards video game media in the current age comes from the fact that today’s generation grew up playing these games. As a society, we are more comfortable with the concept of gaming than ever before, and this makes its adoption and success all the easier. While the continued spread of influence of video games is all but assured, just like the games themselves, expect the quality to run the gambit.

Will Video Games Keep Us Healthy During the Coronavirus Pandemic? – The National Interest Online

Despite coronavirus setbacks, the Bafta Games Awards prove video games are as vital as ever – The Independent 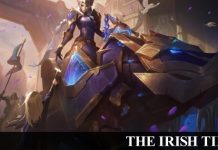 The mathematics of fair play in video games – The Irish Times 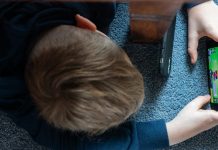 Video games to play while under quarantine – American River Current