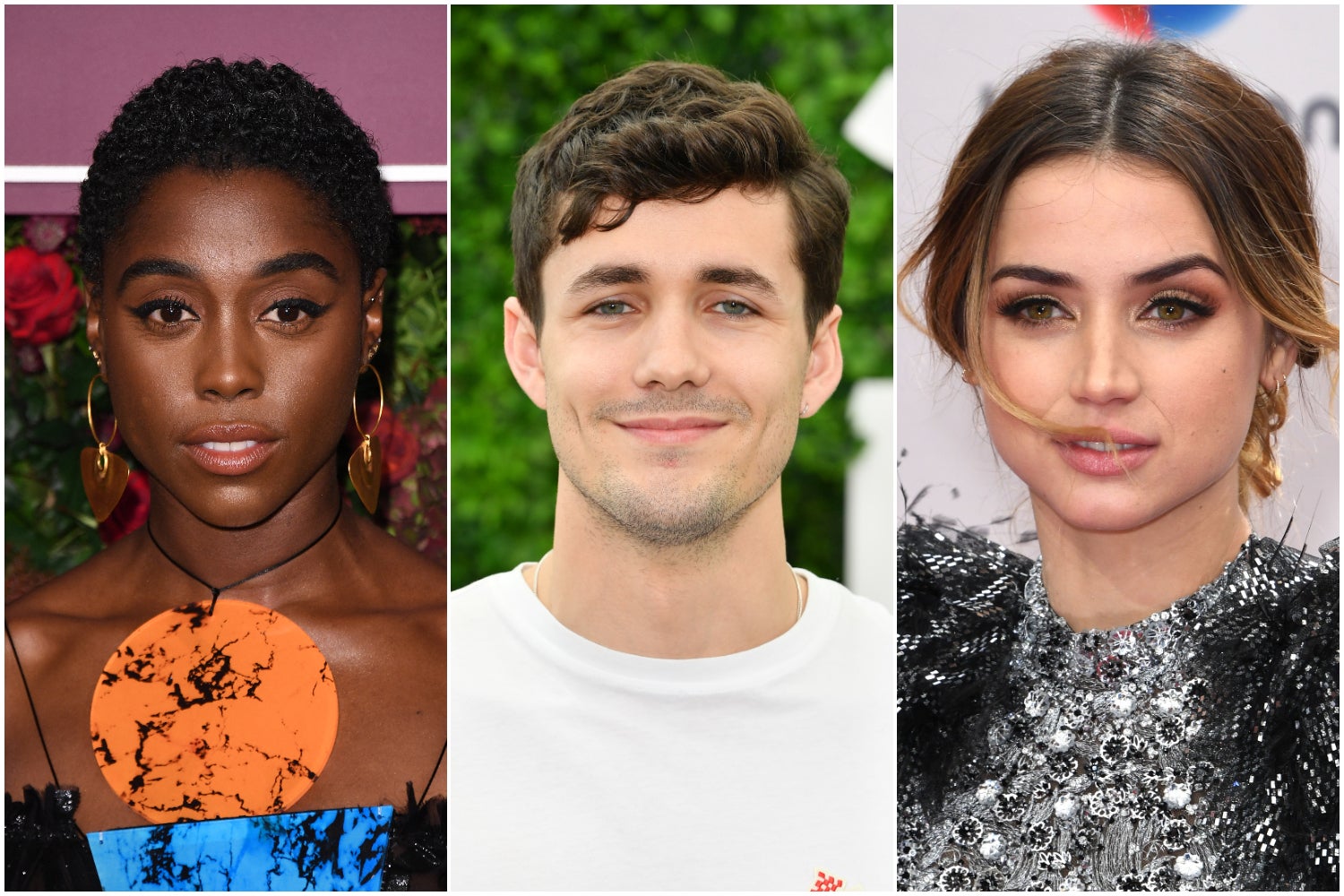 As we gear up for a brand new year (and decade), we’re ready to start making our bets as to which rising stars will reign over the next twelve months.

2019 belonged to breakout talents like Florence Pugh and Josh O’Connor, but it’s time for them to make way for a brand new cohort of talent in film, TV and music – many of whom will probably be household names this time next year.

From the new Bond recruits to hotly-tipped musicians, via the actress taking on The Crown‘s most talked-about role, here’s our cheat sheet to the class of 2020.

Remember these faces, as they’ll doubtless be going places…

As The Crown’s dramatic reconstruction of Queen Elizabeth’s reign inched closer to the ‘80s, the biggest question mark looming over the show was the not-so simple matter of casting a young Princess Diana.

Netflix undercut all of our carefully-made predictions when they announced in April that Emma Corrin – a 23-year-old Cambridge graduate whose previous experience included a short film and an episode of Grantchester – would be taking on the coveted role for series four.

The new season is slated to arrive on Netflix this year and 2020  will also see Corrin make her film debut alongside the likes of Keira Knightley and Gugu Mbatha-Raw in Misbehaviour, which follows a group of women who disrupted the Miss World competition in 1970.

After responding to a Twitter call for Latinx actors, Rachel Zegler was one of 30,000 hopefuls to audition for the role of Maria in Steven Spielberg’s remake of West Side Story.

The Colombian-American teen was eventually cast opposite Ansel Elgort in the film, which arrives in cinemas in December. For a sneak preview of her vocal talents, head to Zegler’s YouTube channel, where she performs a range of Broadway and contemporary covers.

After her breakout role in Blade Runner 2049 and a turn opposite Daniel Craig in acclaimed whodunnit Knives Out, 2020 looks set to be Ana de Armas’ year.

The Cuban actress, 31, will reunite with Craig for No Time To Die (aka Bond 25), where she plays CIA agent Paloma.

She will also star as Marilyn Monroe in Blonde, a Netflix biopic of the Hollywood icon and is attached to an adaptation of Patricia Highsmith’s psychological thriller Deep Water. ​

It was 2018’s most ubiquitous tube read, and now Sally Rooney’s Normal People is coming to the small screen courtesy of BBC Three.

While Cold Feet’s Daisy Edgar-Jones will play Marianne, Paul Mescal will take the part of Connell in his first television role (a graduate of Dublin’s Lir Academy, he has previously appeared in a handful of theatre productions).

As far as TV debuts go, the lead in one of this year’s most anticipated adaptations surely isn’t bad.

2019 was a stellar year for 21-year-old former model Micheal Ward, thanks to roles in two of the most talked-about productions: Netflix’s reboot of Top Boy and the film Blue Story, based on Rapman’s YouTube series about two friends who get caught up in a postcode war.

Though he’s yet to confirm plans for 2020, we’ll be keeping one eye on his iMDB page, as Ward’s future certainly looks bright.

Thanks to standout parts in Saint Joan and The Personal History of David Copperfield (a weirdly Freudian double role sees her play both the lead character’s mother and his sappy love interest Dora) Morfydd Clark was a breakout star of last year’s film festival circuit.

She will kick off the year with Steven Moffat and Mark Gatiss’ adaptation of Dracula for BBC One and has just joined the cast of Amazon’s big budget Lord of the Rings series as a young Galadriel.

The breakout star of Ava DuVernay’s stunning Netflix miniseries When They See Us, which told the story of the wrongly accused Central Park Five, Jharrel Jerome won an Outstanding Lead Actor Emmy in September for his role as Korey Wise (and TV fans were outraged that the Golden Globes didn’t give him a shot at repeating that feat).

Next, he’ll join forces with Idris Elba for Concrete Cowboys, a film based on the intriguing premise of urban horseback riding in North Philadelphia.

2019 saw 32-year-old Lashana Lynch land a role in Captain Marvel opposite Brie Larson; this year, she’ll swap one mega-franchise for another as she makes her Bond debut as Nomi in No Time To Die.

Much has been made of the fact that Lynch’s character might be taking on Bond’s iconic 007 agent number, and though we’ll have to wait until April to know for sure, the first trailer already shows her setting Craig to rights.

A former West End Billy Elliot, 22-year-old Dean-Charles Chapman now looks set to follow in the footsteps of Tom Holland, who also played the ballet dancing teen before swapping the London theatre scene for megastardom. After the obligatory Game of Thrones stint (he played Tommen Baratheon from series four to six) he has cropped up in films including Blinded by the Light and Netflix’s Timothee Chalamet vehicle The King.

Now, he’s set to take a starring role in Sam Mendes’ sweeping WWI epic 1917, which has already generated significant Oscar buzz, appearing alongside a who’s who of British acting talent.

2019 saw Brighton-based singer Celeste crowned BBC Music Introducing’s Artist of the Year and the Brit Awards Rising Star, an impressive double whammy which surely bodes will for her success this year, when she will release her anticipated debut album.

At the age of 19, Hammersmith’s Arlo Parks caught our attention back in 2018 with the release of her debut Cola and has retained it with her confessional lyrics, whispering vocals and evergreen teen angst.

Like Celeste, she’s already been named on the BBC Sounds of 2020 shortlist, a distinction which augurs well for what’s to come next.

After following the well trodden Brit rising star route of appearing in a handful of BBC period dramas (2017’s Howard’s End and the TV version of Little Women followed by recent World War 2 epic World on Fire) Jonah Hauer-King is now set to jump into the major league with a role as a Disney prince.

Late last year it was announced that he will play Prince Eric opposite Halle Bailey in the new live action adaptation of Little Mermaid (despite the rumours suggesting that Harry Styles was attached to the project).

Another Top Boy alum gracing our ones to watch cheat sheet is Alessandro Babalola, who stole the show as Summerhouse’s menacing villain, Haze, in his first major television role.

Up next are roles in a new adaptation of Macbeth and a part in Guy Ritchie’s next action blockbuster Cash Truck alongside the likes of Jason Statham and Josh Hartnett.

READ  Kaley Cuoco cuddles up with pitbulls – and her husband Karl Cook – on the red carpet
Share on FacebookShare on TwitterShare on PinterestShare on Reddit
newsgrooveDecember 30, 2019 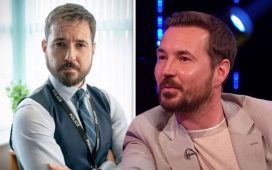 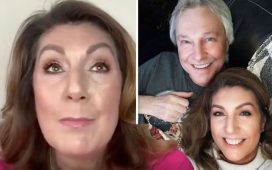 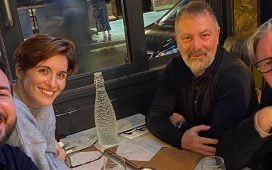 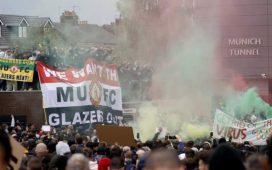 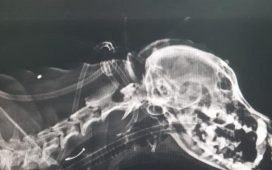