TERRIFIED residents have told how the neighborhood where music mogul, Clarence Avant’s wife was shot dead in their home has been hit in recent weeks by LA’s “out of control” crime wave.

Cops responded just after 2:20am on Tuesday night after Jacqueline Avant, 81, was attacked at the couple’s $7.3 million home in the wealthy Trousdale Estates area of Beverly Hills.

The tragic killing comes after Clarence, 90 – who starred in the 2019 Netflix documentary “The Black Godfather” – was inducted into the Rock and Roll Hall of Fame in October.

Police confirmed that the high-powered music executive and a security guard were in the home at the end of a quiet cul-de-sac when the assailant or assailants broke in.

Officials have said that it is still too soon in their investigation to say whether the incident had begun as a home invasion or burglary.

Beverly Hills chief of police Mark Stanbrook on Wednesday told a press conference that the world-famous city remains “one of the safest in the nation”.

But people living in the Trousdale Estates say there have recently been several burglaries in the area where Jackie was shot, leaving the community on edge.

One neighbor, who asked not to be named, told The Sun: “We were with the police all night long.”

The neighbor said it was “shocking” that something like this could have happened in a neighborhood that is supposed to be safe.

“There have been two break-ins nearby in the last few weeks but nothing like this,” they said.

Despite the string of break-ins, however, the neighbor says that everyone was still “feeling okay” about the neighborhood until the robbery that killed Jacqueline.

“I think it might be something else and not a robbery because how crazy do you have to be to go to a double cul-de-sac with a guard sitting there?”

Another neighbor, who also asked not to be named, said: “Jacqueline was a very nice lady.

“We would see her walking all the time but lately we haven’t seen the husband as much. Everybody in the neighborhood is so sad and scared because of what happened.

“It’s crazy that this happened especially in Beverly Hills and in this neighborhood. Lately, a few houses down the street have been robbed.”

It’s unknown at this time if Clarence was also hurt during the invasion.

The LAPD admitted last month that there is an “ongoing crime trend” following a spate of so-called follow-home robberies in the city.

LA has also been rocked by a wave of violent street robberies and brazen smash and grabs raids on high-end retail outlets.

Prominent philanthropist Jackie was known for her support of the UCLA International Student Center.

She had also served as the president of the Neighbors of Watts, a support group for the South Central Community Child Care Center.

When police arrived at her home, they found that Jacqueline had suffered a gunshot wound and the attacker or attackers had already fled. She was rushed to Cedars-Sinai Hospital, where she later died.

Clarence and Jacqueline had been married for 54 years and share daughter Nicole, 53, and son Alexander, who is 50. 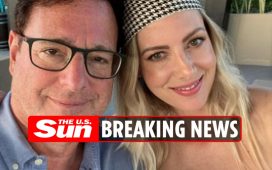 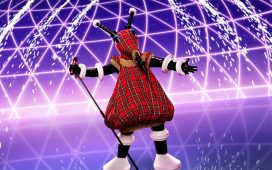 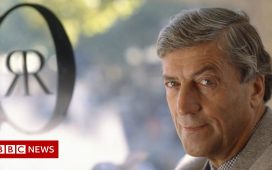 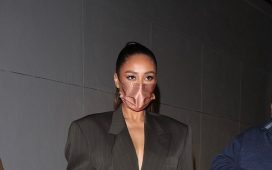 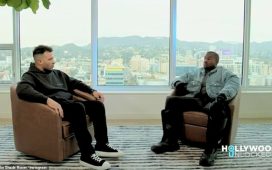