Two insiders told the Mirror that the Sue Gray report was looked at before publication by Boris Johnson’s chief-of-staff Steve Barclay, who allegedly requested changes. The Government has denied the claims

Boris Johnson’s chief-of-staff got an early glimpse of Sue Gray’s report and made tweaks, it has been claimed.

Two insiders told the Mirror that the document was looked at before publication by Steve Barclay, who allegedly requested changes.

They said the section covering a gathering in the Downing Street flat was “edited” on Tuesday night.

The Government has denied the claims, also raised in the Commons.

Mr Johnson told MPs he had been “humbled” by the scandal – during which he was fined for breaking Covid laws – but refused to quit.

He faces a growing Tory rebellion with MPs submitting letters to try to trigger a no-confidence vote.

A third source claimed the passage about the flat had been changed but they did not know who by.

The PM has denied he or his political team had seen the report early or requested edits.

No10 added: “The Prime Minister and his political team saw the report for the first time on Wednesday morning.

“No part of the report has been changed by No 10.”

Today Labour MP Angela Eagle asked in the Commons whether Mr Barclay had been given early sight of the report.

Separately, Downing Street admitted an official saw parts of the document before publication.

Mr Johnson denies claims he asked Ms Gray to drop her report at a private meeting this month.

The release led to fresh questions after it emerged she dropped her probe into a boozy “Abba party” in the Downing Street flat on November, 13, 2020.

Ms Gray said it was not “appropriate or proportionate” to continue the “limited” progress she made after the Met launched its investigation.

Dominic Cummings was chief adviser to the PM
(

The PM’s wife Carrie, later joined by her husband, is alleged to have sung The Winner Takes It All in front of advisers after the departure of spin doctor Dominic Cummings.

The claims were denied by Mrs Johnson’s spokeswoman.

It comes as Mr Johnson’s spokesman apologised for not telling the truth about No10 parties.

Meanwhile, the Met Police chief is under pressure to explain how Mr Johnson, who also said sorry, “got off” with just one fine.

Acting Commissioner Sir Stephen House said he did not believe there was “clear evidence” the PM had breached the rules repeatedly.

The Met probed six events Mr Johnson attended and issued fines to others who were present but the Tory boss escaped further sanction.

Sir Stephen said officers had not been swayed by the fact they held Mr Johnson’s fate in their hands.

London Mayor Sadiq Khan has demanded an explanation into the force’s decisions.

More than 20 letters have been submitted to trigger a no-confidence vote, but 54 are required. 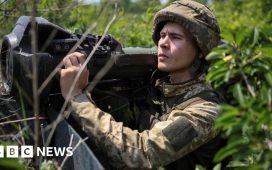 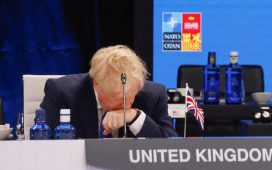