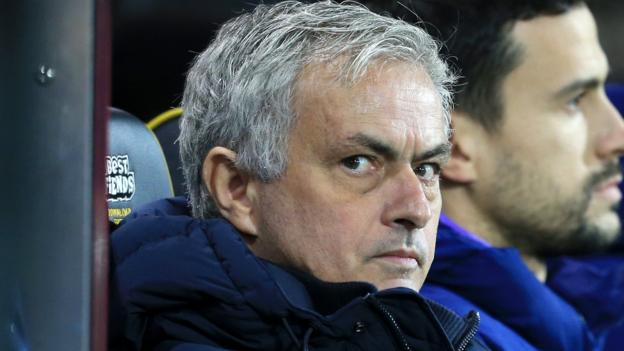 Tottenham manager Jose Mourinho said he “does not want to talk” about Christian Eriksen’s future after his side’s 2-2 draw at Norwich.

Eriksen, who has been the subject of transfer speculation in recent months, scored a free-kick on his first Premier League start under Mourinho.

“We are so open with one another,” Mourinho told Sky Sports.

“We keep it to ourselves. Obviously I share it with my boss but it’s just between us.”

The Danish midfielder has made 298 appearances for the club, but was limited to just six substitute league appearances under Mourinho before Saturday’s trip to Carrow Road.

He was influential as his side salvaged a point and Mourinho said Eriksen was “happy with his man-of-the-match” performance.

Eriksen, 27, could leave Tottenham on a free transfer next summer if he does not agree an extension to his current deal, which expires at the end of the season.

Mourinho added: “The only thing I can say is he is trying to help the team.”

READ  How would Kobe Bryant's 2003 rape case have fared in the #MeToo era?
Share on FacebookShare on TwitterShare on PinterestShare on Reddit
newsgrooveDecember 29, 2019