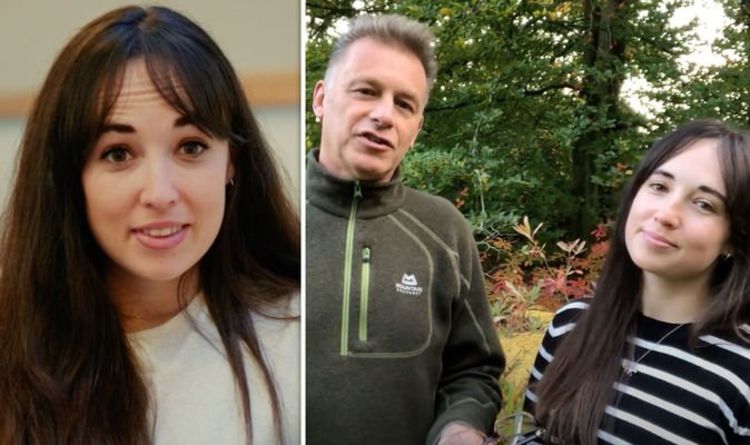 Chris Packham’s stepdaughter Megan McCubbin, 25, a zoologist, conservationist and photographer, went to various fish and chip shops to investigate what exactly is in food item being sold as rock salmon. After DNA testing, the presenter revealed 100 per cent of the “rock salmon” which was tested was from spiny dogfish, a specie of shark which is declining.

The presenter discussed the matter with the Government’s Minister of State for Pacific and the Environment Zac Goldsmith.

She told him: “It’s really tricky for consumers who are trying to be more ethical.

“People are trying to make the right decision, yet they are not being given the proper labelling.”

In response, Zac said he agreed with Meghan and admitted the results were “depressing”.

READ MORE: Gogglebox: Nasreen Siddiqui on why she refuses to appear on C4 show

He added: “It’s up to the Government creating the rules to ensure that when you or any other consumer… when you buy something, you’re buying something that is going to be a part of the solution, not the problem.”

Mr Goldsmith said he was going to look into the investigation and get back to her.

“Honestly, that is music to my ears,” she replied.

Addressing her most “surprising” discovery, she said spiny dogfish numbers had fallen by 95 per cent over the last hundred years.

During her investigation on BBC’s Planet Defenders, she went on to acknowledge the thousands of sharks, particularly blue ones, which are killed for their fins.

“They up on restaurant menus as shark fin soup,” she told viewers. “It’s a global problem”.

The Government previously said they “strongly oppose” shark finning in the UK, however it is currently not illegal to bring them into the country.

Elsewhere, Megan is often seen presenting on Springwatch and Autumnwatch alongside her stepfather Chris Packham.

Speaking to Express.co.uk last year, Chris said he would like to see more young faces on screen.

“It opens it up to a younger audience,” he said.

Praising Megan, he added: “We are always very keen to encourage young women to go into science and Megs is really keen on that.

“She does quite a lot of the scientific parts of the programme, it’s what excites her, finding out about new science and explaining it to people.

“People have warmed to her, she’s just down to earth, she gets on with it, very professional, turns up on time. I’m glad it’s working out.”