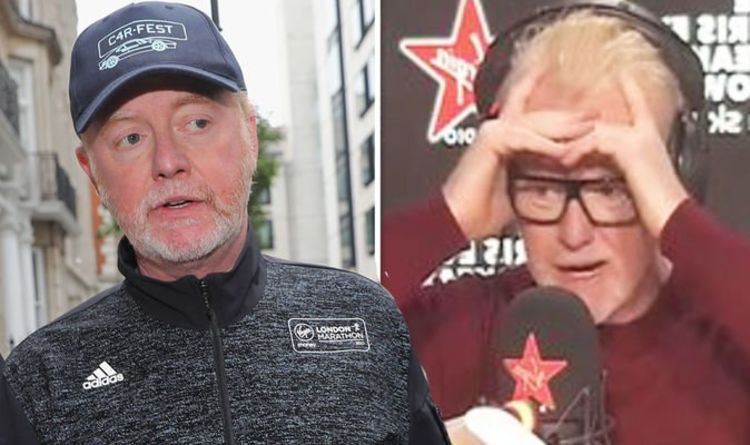 Virgin Radio host Chris Evans, 55, was joined on his Breakfast Show by his co-stars Vassos Alexander and Amelia Cox today. The broadcaster admitted he didn’t want to be “flippant” after he shared some news with listeners.

Amelia explained that she’d had to undergo heart surgery while Chris was recently absent from his regular slot over the May Bank Holiday.

The Virgin Radio host addressed his colleague’s health issue as he offered his support.

Chris began: “Now, just before we go any further. Just so I know, can you give me an on-air heads up here?

“Have you had anymore heart surgeries since we last met?”

Chris went on: “So you’re back at the gym today. Are you going to take it easy?”

“Yes,” Amelia commented. “I can’t do anything too above my head.”

The news broadcaster recently took to Twitter to reveal she was in hospital following an operation.

In May, Amelia penned: “Thanks so much to @kiripritchardmc and @killnofillpod for brightening up a Sunday evening in hospital. Couldn’t make the live show in person but got to watch the live stream from my bed!”