Chocolate bars and packets of crisps should be made SMALLER to help Brits lose weight, Government review says


CHOCOLATE bars and packets of crisps should be made even smaller to help Brits lose their lockdown weight, a government review recommends today.

But people who piled on the pounds stuffing themselves with takeaways during Covid must simply “eat less” to lose weight, Boris Johnson said.

The PM dropped controversial plans to slap new salt and sugar taxes on junk food as it would hit people in the wallet during the cost of living crisis.

Speaking on a visit to Southern England Farms in Hayle, south west Cornwall, the PM said: “What we don’t want to do right now is start whacking new taxes on them that will just push up the cost of food.

“The best way to lose weight, believe me, is to eat less.”

Ministers insisted they would not order the public to eat less meat and would trust them to make their own choices. 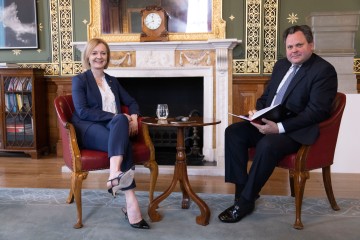 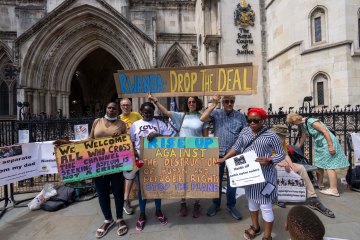 Companies will be encouraged to make portions smaller and less calorific, and invest in new tech to make food healthier, the landmark food strategy concluded.

And they could force firms to put country of origin stickers on the front to encourage shoppers to buy British instead.

Traffic light labels on packaging will be beefed up to give people more information about what they are eating.

Thousands more visas will be dished out to foreign workers to help plug gaps in the UK’s seasonal agricultural worker scheme, to help farm veg and chickens.

Food tsar and Leon founder, Henry Dimbleby, moaned that only half of his recommendations had made it into the final plan, and it was barely even a strategy.