Dialog, which specialises in power-management chips and low-energy Bluetooth products used in fitness trackers and cordless earphones, will pay $12.55 per share in a cash deal representing a 57% premium to Adesto’s closing price on Wednesday.

For Chief Executive Jalal Bagherli, the deal marks another step towards de-risking Dialog after it struck a $600 million deal with Apple in 2018 to hand over people and patents behind the main integrated power-management circuits in the iPhone.

“The strategic value (of the Adesto deal) is more in the industrial internet of things – smart buildings, smart cities,” Bagherli told Reuters on Thursday.

Bagherli said he would continue to look for bolt-on deals while avoiding larger, riskier acquisitions. He added that Dialog has sufficient funds to complete the deal and still invest in organic growth and undertake share buybacks.

The transaction is expected to close in the third quarter, subject to regulatory approvals, and increase earnings in the combined group’s first calendar year, Dialog said, with cost annual savings seen at about $20 million.

Adesto expects to report 2019 revenues of about $118 million and Bagherli expects it to continue to generate double-digit revenue growth.

Dialog shares were up 1.3% in early trade.

Commenting on the coronavirus outbreak in China, Bagherli said most companies in the semiconductor industry had been affected by production disruptions these are easing.

“I would characterise it, hopefully, as temporary and things should start to return to normal by early March.”

Dialog is due to report fourth-quarter figures on March 4. 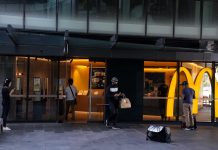