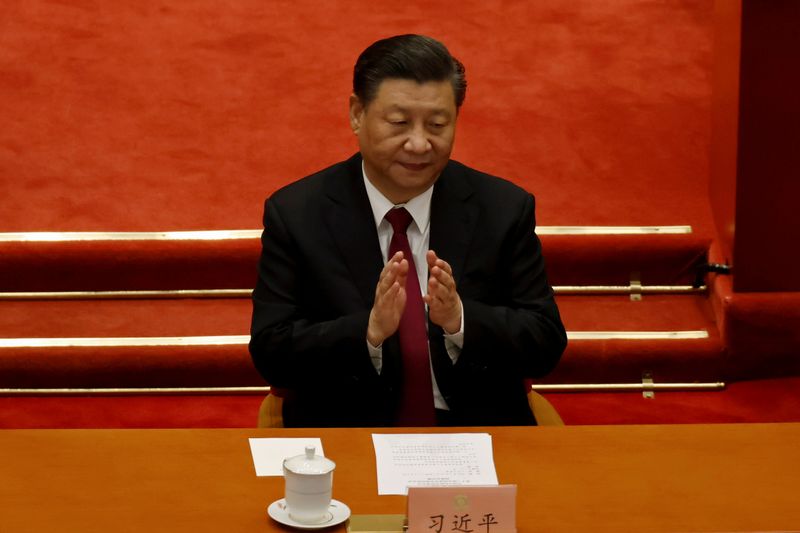 BOAO, China (Reuters) – Chinese President Xi Jinping said on Tuesday that the global governance system should be made more equitable and fair, and that rules set by one country or some nations cannot be imposed on others.

Building barriers and pushing for decoupling will harm others and benefit no one, Xi said in his keynote speech at the annual Boao Forum for Asia, China’s answer to the Davos conference.

China has longed called for reforms in global governance in which the perspectives and values of multiple countries are reflected, including its own, instead of a few major nations.

Beijing has repeatedly clashed with the biggest stakeholders in world governance, particularly the United States, over a range of issues from human rights to China’s economic influence over other countries.

“A big country should look like a big country by showing that it is shouldering more responsibility,” he said, without identifying any nation.

In a joint statement, both leaders said they “share serious concerns” about the human rights situation in Hong Kong and China’s Xinjiang region, where Washington has said Beijing is perpetrating a genocide against Muslim Uighurs. China has denied abuses.

In an apparent show of U.S.-Japan economic cooperation to the exclusion of China, Biden said the United States and Japan will jointly invest in areas such as 5G technology, artificial intelligence, quantum computing, genomics and semiconductor supply chains.

READ  Oilfield service firms have a bearish outlook for 2020: Dallas Fed
Disclaimer: Fusion Media would like to remind you that the data contained in this website is not necessarily real-time nor accurate. All CFDs (stocks, indexes, futures) and Forex prices are not provided by exchanges but rather by market makers, and so prices may not be accurate and may differ from the actual market price, meaning prices are indicative and not appropriate for trading purposes. Therefore Fusion Media doesn`t bear any responsibility for any trading losses you might incur as a result of using this data.