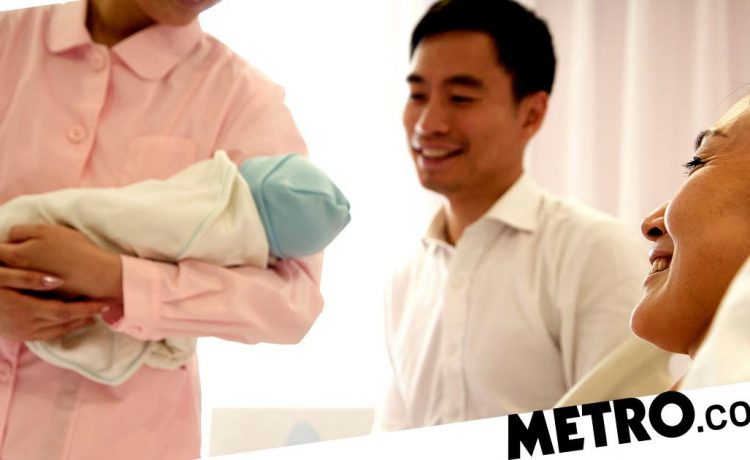 China has announced it will now permit couples to have up to three children, in a major policy change.

The Asian country hopes to tackle its falling birth rate and ageing population, after recent data showed a dramatic decline in the number of babies born.

The controversial decades-long ‘one-child policy’ was dropped from 2016, allowing all couples to have two children.

‘To actively respond to the ageing of the population… a couple can have three children,’ state media Xinhua reported on Monday after a meeting of the Politburo leadership committee.

‘Allowing every couple to have three children and implementing related support policies will help improve the population’s structure, fulfilling the country’s strategy of actively coping with an ageing population and maintaining the advantage, endowment of human resources.’

It is not yet clear when the new policy will take effect.

It comes after earlier this month the country reported its slowest population growth since the early 1960s, with only 12 million new babies born.

China enforced the one-child policy for four decades, and was initially intended to halt a population explosion.

But the change to a two-child policy five years ago failed to boost the birth rate, with many couples saying the cost of raising children in Chinese cities is too high.

On social media the latest announcement triggered a negative response.

‘I am willing to have three children if you give me 5 million yuan [£554,350],’ one user posted on Chinese microblogging website Weibo.

To cope with the rapidly ageing population, China is also expected to raise its retirement age in phased stages, but no details have yet been revealed.

Currently men can retire at 60 and women at 55, in one of the lowest retirement ages in the world. It has remained unchanged for four decades.

China’s population is expected to soon begin shrinking, with Bloomberg estimating a peak before 2025.

Prof Wang Feng, a specialist in Asian demographics at the University of California Irvine, said China should already have abandoned its birth control policy altogether.

‘It’s outdated. What China needs is not another state policy, but rather a better and fairer society,’ he said.

READ  The subtle movements newborn babies use to say they’re hungry, full or want to play explained
Share on FacebookShare on TwitterShare on PinterestShare on Reddit
newsgrooveMay 31, 2021