China sees drop in new coronavirus cases; none in Hubei for sixth day

© Reuters. Staff members wearing face masks get ready at an entrance of a shopping mall before its opening in Wuhan

BEIJING (Reuters) – Mainland China reported a drop in new coronavirus cases for the fourth consecutive day on Sunday, as Beijing seeks to stamp out the risk of a second wave of infections by shutting its borders to foreign travellers and cutting international flights.

The National Health Commission said in a statement on Monday that 31 new coronavirus cases were recorded on Sunday, including one locally transmitted infection, dropping from 45 cases a day earlier. Four new deaths were reported, taking the cumulative death toll from the coronavirus outbreak in the mainland to 3,304, from 81,470 infections.

The number of new infections has fallen sharply in the mainland from the peak in February.

The government is now exhorting businesses and factories to reopen for business as it rolls out various fiscal and monetary stimulus to drive a recovery from what many now expect to be an outright economic contraction in January-March.

Chinese President Xi Jinping said the government will adjust support policies for small and medium-sized firms promptly as the situation develops to protect them from the impact of the coronavirus.

Chinese firms should actively resume operations and production even as coronavirus prevention efforts continue, Xi also said during a Sunday visit to Ningbo, a major port city in eastern Zhejiang province, according to state media.

Hubei province, where the coronavirus outbreak first emerged in late 2019, reported no new cases for the sixth consecutive day on Sunday after the province of 60 million people lifted its traffic restrictions and resumed some domestic flights to other parts of China.

The northwestern province of Gansu reported a new case on Sunday of a traveller from Hubei who drove back with a health code declaring the person free of virus, however.

Beijing remains worried about the risk of a second wave of the epidemic triggered by cases involving travellers coming to China who were infected overseas.

The virus has now spread globally, infecting hundreds of thousands outside China’s borders.

China has barred foreigners from entering the country and ordered airlines to slash the number of international flights into the country. The vast majority of the so-called imported cases reported to date have been Chinese nationals, many of whom are students. 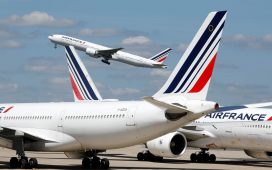