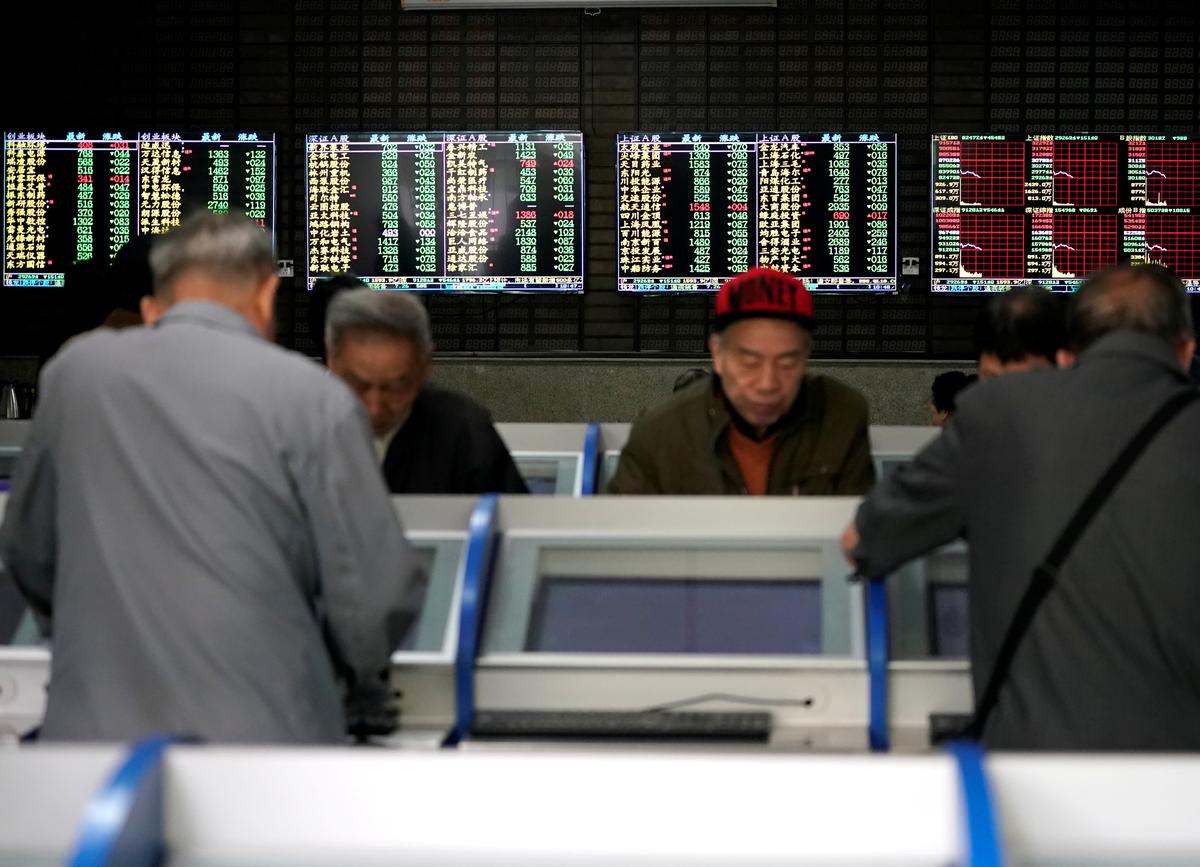 SHANGHAI (Reuters) – A broad gauge of Asian share markets rose to the highest in 18 months on Monday as Chinese equities gained, while oil hovered near three-month highs on a combination of U.S. crude inventory drawdowns, trade optimism and unrest in the Middle East.

MSCI’s broadest index of Asia-Pacific shares outside Japan .MIAPJ0000PUS was last up 0.2%, turning around from an earlier loss. The index rose to its highest since June 19.

Chinese blue chips .CSI300, which had started the day lower, were up 1.24% at the midday break, bolstered by a report that 2019 retail sales are forecast to rise 8% and expectations that a new benchmark for floating-rate loans could lower borrowing costs and boost flagging economic growth.

But Australian shares remained down 0.44% as investors continued to consolidate recent gains. Japan’s Nikkei stock index .N225 slid 0.58%.Easing trade war worries and reduced uncertainty over the United Kingdom’s plans to leave the European Union after British elections returned a strong Conservative majority have offered a lift to global equities this month, helping the broad MSCI Asia index rise more than 6% and putting it on track for its strongest month since January.

Kay Van-Petersen, global macro strategist at Saxo Capital Markets, said that limited liquidity near the year-end and the easing of U.S.-China trade and Brexit uncertainties has “just left us drifting up higher. So even if there is a pullback… I don’t think it’s going to be significant by any means.”

Oil also gained on Friday, with prices posting their fourth consecutive weekly gain to steady around their highest in three months.

Oil’s gains followed news of U.S. air strikes in Iraq and Syria against Kataib Hezbollah, an Iran-backed militia group. U.S. officials said Sunday that the attacks were successful, but warned that “additional actions” may be taken to defend U.S. interests.

But Stephen Innes, strategist at AxiTrader, said that the rise of shale oil production in the United States would offset any geopolitical risks.

“Shale can really ramp up more volumes to accommodate any shortfall that could possibly be triggered by escalation in Syria,” he said, adding that an upsurge in populism in Iraq posed a larger risk to markets.

Iraq’s oil ministry said on Sunday that the halting of oil production at Iraq’s southern Nassiriya oilfield by protesters would not affect the country’s exports and operations.

Oil prices were also supported by a bigger-than-expected decline in crude inventories in the United States, the world’s biggest fuel consumer. Stockpiles fell by 5.5 million barrels in the week to Dec. 20, far exceeding a 1.7-million-barrel drop forecast in a Reuters poll, the government data showed on Friday.

Gold also continued its run-up, after posting its best week in more than four months on Friday amid thin trading volumes, in a sign that some investors continue to see risks to global growth and U.S.-China trade.

The dollar index .DXY, which tracks the greenback against a basket of six major currencies, was down 0.2% to 96.736.