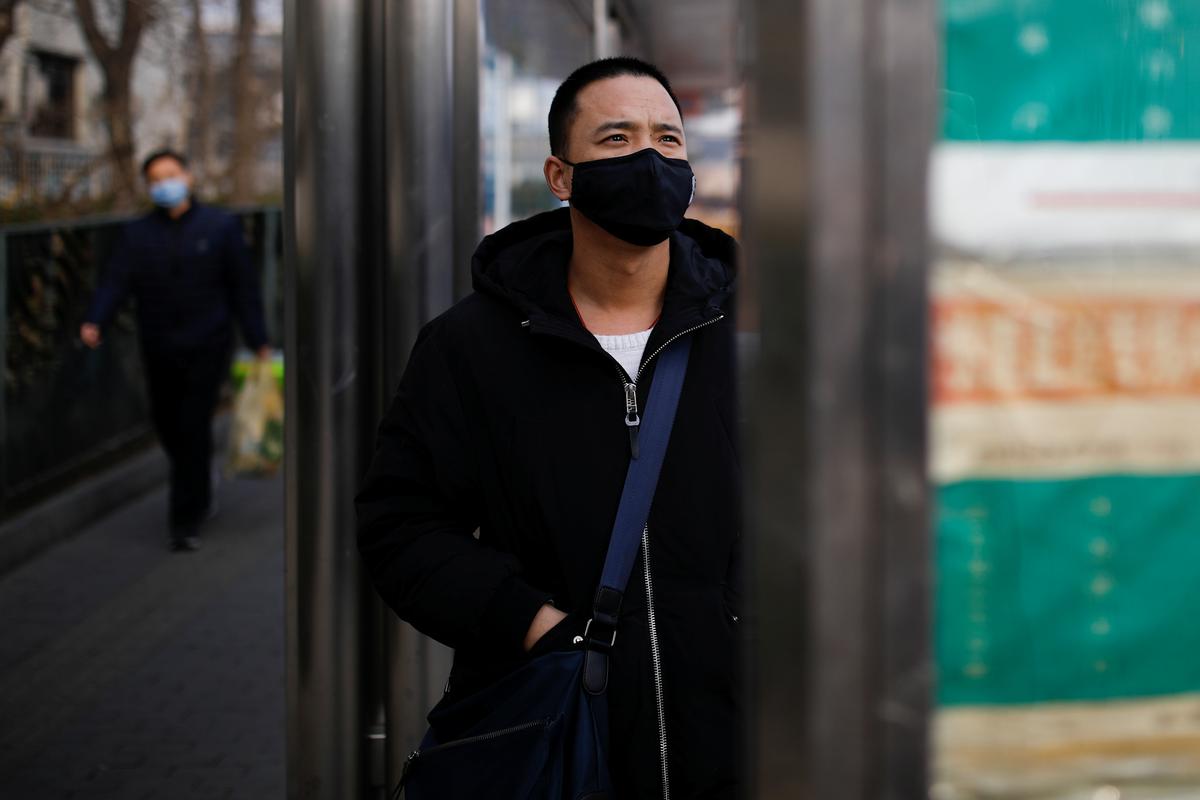 SHANGHAI (Reuters) – The death toll from a coronavirus outbreak in China rose to 81 on Monday, as the government extended the Lunar New Year holiday and more big businesses shut down or told staff to work from home in an effort to curb the spread.

Chinese Premier Li Keqiang visited the central city of Wuhan, the epicenter of the outbreak, as the government sought to signal it was responding seriously.

The total number of confirmed cases in China rose about 30% to 2,744, with about half in Hubei province, whose capital is Wuhan.

As worries grew around the world, Chinese-ruled Hong Kong, which has had eight confirmed cases, banned entry to people who had visited Hubei in the past 14 days. The ban did not cover Hong Kong residents.

The nearby gambling hub of Macau, which has had at least one case of the flu-like virus, imposed a similar ban on those arriving from Hubei, unless they can prove they are virus-free.

The city of Haikou on Hainan island in southern China said tourists from Hubei would be quarantined for 14 days.

“Hubei people are getting discriminated against,” a Wuhan resident complained on the Weibo social media platform.

The number of deaths from the virus in Hubei climbed to 76 from 56, health officials said, with five deaths elsewhere in China.

While a small number of cases have been confirmed in more than 10 countries, linked to people who traveled from Wuhan, no deaths have been reported elsewhere. (Graphic: Number of confirmed cases rockets – here)

Li is the most senior leader to visit Wuhan since the outbreak began. Clad in a blue protective suit and mask, he inspected efforts to contain the epidemic and spoke to patients and medical staff, the government said.

The government is extending the week-long Lunar New Year holiday by three days to Feb. 2, in a bid to slow the spread of the virus. The Lunar New Year is usually a time for travel by millions, but many have had to cancel plans because of curbs over the virus.

Wuhan is already in virtual lockdown and severe limits on movement are in place in several other Chinese cities.

The city of 11 million clamped down further on Monday, suspending visa and passport services until Thursday.

Images from Wuhan showing hospital corridors packed with people seeking treatment have circulated on social media, along with complaints of soaring prices for essentials such as vegetables.

Chinese leaders have urged transparency in the crisis, after public trust was eroded by the cover-up of the spread of Severe Acute Respiratory Syndrome (SARS), a coronavirus that originated in China and killed nearly 800 people globally in 2002 and 2003.

Much is not known about the newly identified coronavirus, including how easily it spreads and just how dangerous it is. It can cause pneumonia, which has been deadly in some cases.

National Health Commission Minister Ma Xiaowei said on Sunday the incubation period could range from one to 14 days, and the virus was infectious during incubation, unlike SARS.

A man wearing a face mask looks at a board at a bus stop, as the country is hit by an outbreak of the new coronavirus, in Beijing, China January 27, 2020. REUTERS/Carlos Garcia Rawlins

That compares with a World Health Organization (WHO) estimate of two to 10 days for the incubation period.

“Understanding the time when infected patients may transmit the virus to others is critical for control efforts,” the WHO said.

The virus is believed to have originated late last year in a Wuhan market illegally selling wildlife. It has spread to other cities, including Beijing and Shanghai, as well as more than 10 countries including France, Japan and the United States.

Australia confirmed its fifth case on Monday involving a woman on the last flight out of Wuhan to Sydney before China’s travel ban.

Health Minister Greg Hunt told the Australian Broadcasting Corporation (ABC) authorities aimed to get about 100 Australian children and young people out of Wuhan.

One father of two, Nathan Wang, told the ABC his wife was stuck in Wuhan with the children.

“We absolutely want the children to come back, because hospitals in Wuhan are overwhelmed,” he said.

Airports around the world have stepped up screening of passengers from China, although some health experts have questioned its effectiveness.

Last week the WHO stopped short of calling the outbreak a global health emergency, but some health experts question whether China can contain the epidemic.

WHO Director-General Tedros Adhanom Ghebreyesus is due to travel to Beijing to meet officials and health experts.

Australia, France, Italy, Japan and the United States have all said they are working to evacuate citizens from Wuhan.

Some of China’s biggest companies have been affected, with hotpot restaurant chain Haidilao International Holding shutting branches nationwide from Sunday until Friday.

UK coronavirus live: vaccine means life could 'start to get back to normal' after Easter, says Hancock

Covid vaccine: Dr Hilary on Oxford vaccine – 'we might be able to get this out sooner'

Sexual health warning for middle-aged: Infections 'are on the rise among those in their 40s and 50s'

The Guardian view on coronavirus and vaccine scepticism: time to act | Editorial