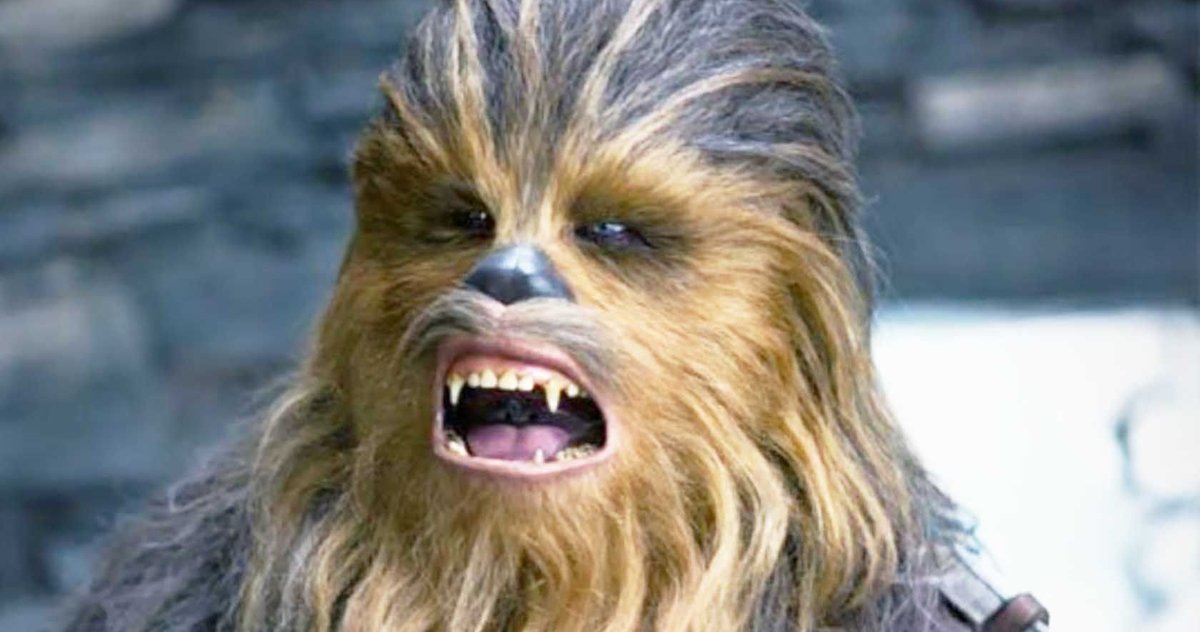 The Rise of Skywalker has proven to be a pretty divisive movie. It doesn’t seem to be anywhere near as divisive as The Last Jedi, but fans are torn and sharing their thoughts on social media. Chewbacca actor Joonas Suotamo recently addressed some of the criticism that the movie has received on social media, calling out the Star Wars toxic fandom. It goes without saying that J.J. Abrams was never going to be able to please everybody with the final installment in the Skywalker Saga, though he seems to have done a pretty good job.

Star Wars: The Rise of Skywalker has created detailed social media threads dedicated to want went wrong with the movie. These threads are all based on personal opinion, but some of them start to take off and get shared quite a bit when they strike a chord with other fans who share similar views. One thread in particular called out the movie for its female characters, and Joonas Suotamo wasn’t having any of it. You can read what he had to say below.

“Toxic fandom is built on the same straw men that this thread is abundant with. Deceptively insinuating to be a fan this writer uses misleading claims to sow confusion amongst people who want to enjoy a story for what it is. Please find better things to do. Peace.”

Kelly Marie Tran and Daisy Ridley have received more than their fair share of criticism over the past few years. Both ended up having to quit social media because trolls were ripping them apart online. For some reason, certain Star Wars fans were really not into Tran’s Rose Tico character and they let their opinions be known. Though it’s unclear as for the reasoning, The Rise of Skywalker features the character in a much smaller role than before.

When highlighting his 2019, Joonas Suotamo says Kelly Marie Tran is one of his many highlights of the year. “One of the best moments of 2019 was seeing the standing ovation that Kelly Marie Tran received from fans at Star Wars Celebration. She deserves applause every time she enters a room.” Suotamo even received some attention from trolls for posting a picture of he and Tran together, though he did not respond to the negativity this time around.

RELATED: The Rise of Skywalker Box Office Is Holding Stronger Than The Last Jedi

Star Wars fans can be pretty brutal at times, though not all of the criticism is negativity from trolls. As with everything, there are good and bad elements to it all and it’s definitely not going away any time soon. Disney and Lucasfilm are pumping the breaks with the Star Wars franchise on the big screen and shifting focus to the small screen. The Mandalorian just wrapped up season 1 and most fans are in agreement with their love of the show. We’ll just have to wait and see how the latest trilogy is looked at in the years to come. See for yourself as Joonas Suotamo takes down the trolls

Feminists are calling Rey’s arc in Rise of Skywalker “abusive to women” & Chewbacca is tired of their agenda. pic.twitter.com/rfzkzX8D9a

Toxic fandom is built on the same straw men that this thread is abundant with. Deceptively insinuating to be a fan this writer uses misleading claims to sow confusion amongst people who want to enjoy a story for what it is. Please find better things to do. Peace.