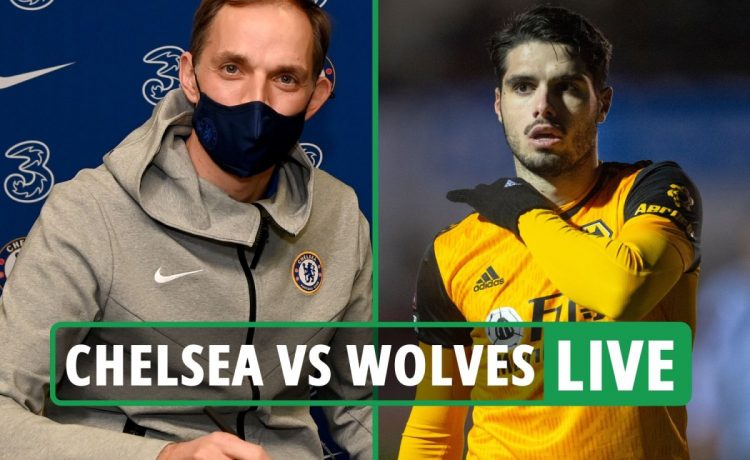 Frank Lampard was dismissed from his post earlier this week after a string of poor results, with the German stepping in after leaving PSG late last year.

Wolves meanwhile will be hoping to capitalise on the turmoil behind the scenes in West London and complete a Premier League double over the Blues.

PRICE BOOST: TAMMY ABRAHAM TO HAVE OVER TWO SHOTS ON TARGET BOOSTED

What time does Chelsea vs Wolves kick off?

What TV channel is Chelsea vs Wolves on and can I live stream it?

Can I watch Chelsea vs Wolves for free?

Edouard Mendy is expected to retain his place between the sticks after Kepa failed to take his chance in the FA Cup.

Timo Werner could be played centrally by Tuchel as the German looks to rediscover his goalscoring touch.

N’Golo Kante remains out with a hamstring issue but that is Chelsea’s only injury concern.

And there are rumours that Mason Mount has been dropped by Thomas Tuchel and Callum Hudson-Odoi will start at right wing-back.

For Wolves, they could start Willian Jose upfront after the forward arrived on loan from Sociedad.

Jonny Otto, Marcal and Daniel Podence are all out, as is long-term absentee Raul Jimenez.

*Match odds odds from Ladbrokes and correct at time of publication.