Andreas Christensen will wear a protective mask against Spurs having broken his nose in Monday’s loss to Manchester United, while N’Golo Kante is sidelined for three weeks.

“N’Golo is not fit, he has a muscle injury, similar to the one he picked up against Arsenal; hopefully three weeks, something around that.

“Christian Pulisic is still not fit and at the moment I can’t give you an exact date; it’s a difficult injury.

“Andreas went to get a mask for a broken nose that he’s now trained with, so he’s available for selection, albeit with wearing a mask. “He’s good actually, he’s been heading the ball. He’s in great form, Andreas, and we’ll have to see. I’ll speak to him later on just to make sure he’s ready. He’s got to be able to take contact.” 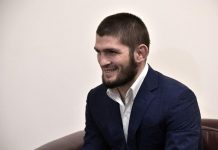