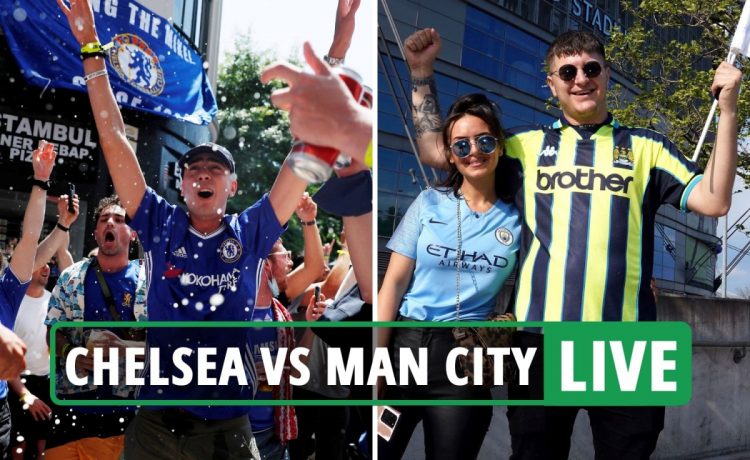 Sitting comfortably? Good – because this one could be really special.

An all-Premier League final tonight from Lisbon, as Chelsea take on Man City in the Champions League.

Pep Guardiola goes in search of the ultimate crown, the one that City have been craving.

Despite his illustrious, relatively young managerial career, this trophy has eluded Guardiola at Eastlands.

This is their first appearance in the main European competition final yet come into the clash as the odds-on favourites.

That is also despite the fact that Chelsea have won the last two meetings between the sides.

Thomas Tuchel’s men edged out City in the FA Cup semi-final by a goal to nil, then followed it up just three weeks ago with a 2-1 win at the Etihad.

Chelsea will now face English opposition in the Champions League final for the second time in their three appearances, having lost the 2008 tournament to Manchester United.

But they do have a winner’s trophy to their name with the penalty shoot-out win over Bayern Munich in 2012.

The Blues handed around 800 tickets back, while thousands have travelled to Portugal without a ticket hoping to pick one up.

Pictures have emerged of fans clashing in Porto. More on that in a short while – but we’ll hopefully just be talking about football later!

Strap in as we countdown to the crowning moment of football in Europe tonight, with kick-off at 8pm BST.