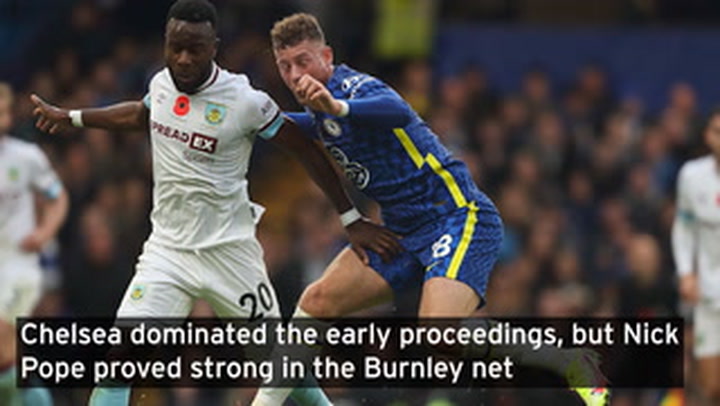 Several players have been linked with moves away from Chelsea next year.

Fringe players could move on to make way for others to come through, while a number of high-profile players are yet to sign new contracts and could be off next summer.

If that does come to happen those players will need replacing, and the Blues have already been linked with defenders who could end up replacing Antonio Rudiger as well as Andreas Christensen.

The club is also reported to be keen on bringing in another forward to reduce the goalscoring burden on Romelu Lukaku following his move from Inter Milan last summer.

It all adds up to what could be a very busy January transfer window for Thomas Tuchel’s side as they look to end the season with more silverware in the trophy cabinet.

Here are all the latest Chelsea transfer rumours.

Who would you like to see Chelsea sign in January? Let us know in the comments below

Ross Barkley could leave the club in the near future
(

Newly cash-rich Newcastle United are understood to be leading the chase for Ross Barkley.

However, Leeds and former Everton club are also keen – with a loan to buy option favoured according to TEAMtalk.

Barkley is said to be pushing for a move to another club as he ‘believes he can still force his way into Gareth Southgate’s plans for the World Cup finals in Qatar’.

With little game time seeming to be on offer at Stamford Bridge, the 27-year-old midfielder could look for a fresh start in January, the report adds.

Chelsea have made the first move in the race to sign Karim Adeyemi, according to Calciomercato, via the Hard Tackle.

The RB Salzburg forward is one of the hottest young prospects in Europe, and his contract situation has made him an appealing target for multiple top clubs across Europe.

The Blues will have to beat Inter Milan to the 19-year-old wonderkid’s signature, the report adds, after the striker caught the eye of the Italian giants following his impressive return of 11 goals in 13 league matches so far this season.

How will Steven Gerrard fare at Aston Villa? Have your say below

Chelsea have reached an agreement for the transfer and contract of defender Attila Szalai in January, according to CNN Turk.

The player shot to prominence with. aseries of impressive displays at Euro 2020, leading to him being dubbed ‘the Hungarian Virgil van Dijk’, but Chelsea could face competition for his signature from Atletico Madrid.

It is reported that Chelsea have agreed an offer worth around £20m to give Szalai his big chance in the Premier League with Fenerbahce willing to cash in so they can fund a January transfer spree.